The WFR course is over. I've quit my job. I'm free now. So then comes the question... what now?

I spent tuesday just trying to get sorted. After hanging and chatting with Ryan I drove a bit down highway 80. I got a few groceries, did laundry, and mailed off the guitar I borrowed from my parents, yay more space in the truck! I found a sweet site right on a stream. 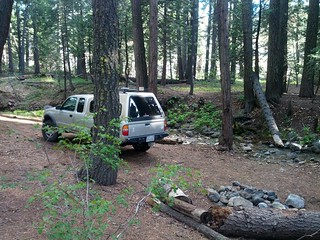 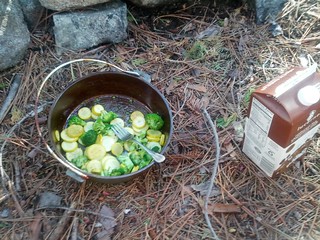 I also got a start on tanning one of the deer hides I've been hauling around. It was wet-salted so the first step is to wash the salt off. To do this I left it in the stream overnight. 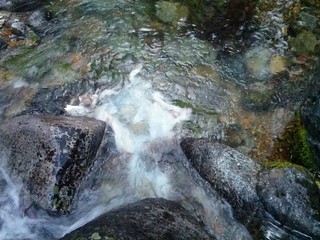 My intention was to then buck it (soak it in lie), but the bucket I wanted to use isn't large enough, so instead I'm going to try the fermenting method. So instead of soaking it in lie I simply sealed it in the bucket, we'll see how well that work.

On wednesday, while exploring for a site farther off the road I found a OHV park off 80... Cool! I can't just let a place like that go unexplored, so I took a little 4-wheel trip. 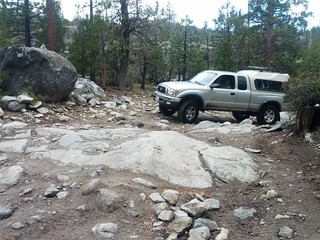 Neat area, I was very glad my truck is lifted and has oversized tires. I chickened out before making it to the lake - checking a map later I realized I was probably less than a quarter mile from the lake... oops!
Exploring onwards I found a spot nestled down off an exit labelled "yuba gap". Lots of private land around it, but there's one little dirt road that's public. Driving down there I found a pretty okay spot. I say pretty okay only because the spot has been used by a lot of not-so-cleanly people. I spent the rest of the day napping :P. 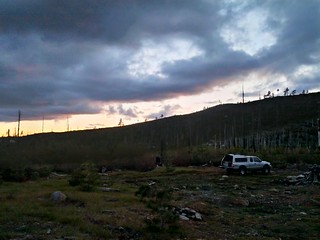 Yesterday I went on a nice long hike. I saw an osprey pair and their nest. They had a chick that was flying but hadn't yet left... I stayed long enough to get some photos but they were pretty purturbed by my presence. I also saw a neat snake, not sure what it was. 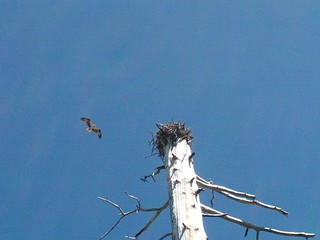 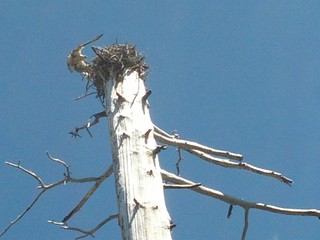 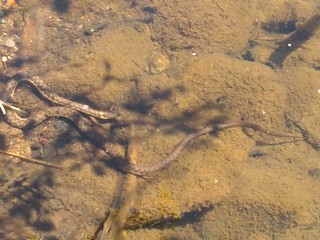 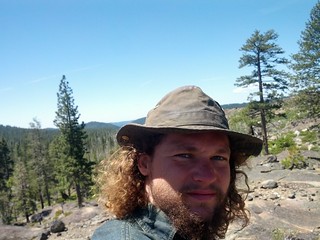 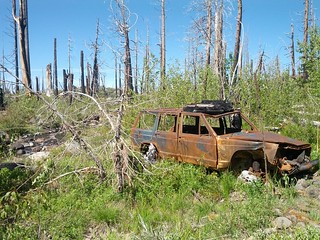 While I was out I found some soaproot. There was lots of it so I decided to try eating some. It has saponins in it that are extremely drying and act well... soapy. Those same saponins are also supposedly a neurotoxin, but it can be broken down by simply baking the root for a long time. Next time I'll do it in the outer shell, I didn't think of it at the time. Still the inside was quite good. I roasted it for maybe an hour inside my cast aluminum pot on a hot fire. The great thing is those saponins break down into sugars, so the end result is surprisingly sweet. It reminded me of clove candy actually 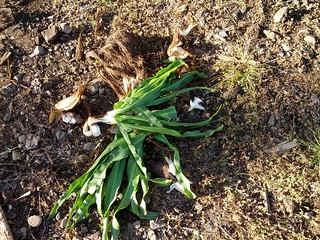 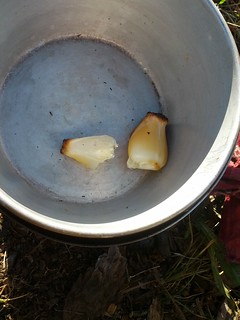 Today I'm being lame and boring, I made a list yesterday of things I needed to do and I had a lot of town stuff - still trying to get this all figured out. I need a new sleepingpad (I popped the thermarest I've had since I was 12 by driving to high altitude with it inflated). I need to wash some gasoline out of a couple items (never carry gasoline inside a vehicle, lesson learned). I wanted to write this post, etc. My plans for this weekend fell through, so I've got a week until my next scheduled event. This'll be interesting :).