More shelters of the southwest

Here's some photos of the Gila Cliff Dwellings. The caves formed naturally. A group of Mogollon people moved in during what we believe was a time of significant environmental pressure, particularly a major drought across the south-west. This is within easy reach of both the Gila river, and a spring-fed creak that runs there. They then built homes inside the caves. It appears they left not long after, so this site has been unused for quite some time. This is one of the only cliff dwellings that people are allowed in to. 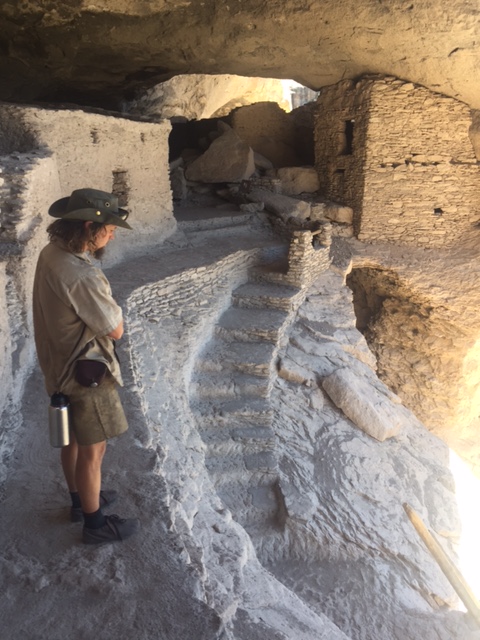 Note the T-shaped window. This is common of the ancient Puebloan style, but many other things (such as lack of circular rooms) indicate Mogollon. The Mogollons were friend's with Puebloans, and were not usually a cliff-dwelling culture, so this group probably picked up some of their ideas from the Puebloans. 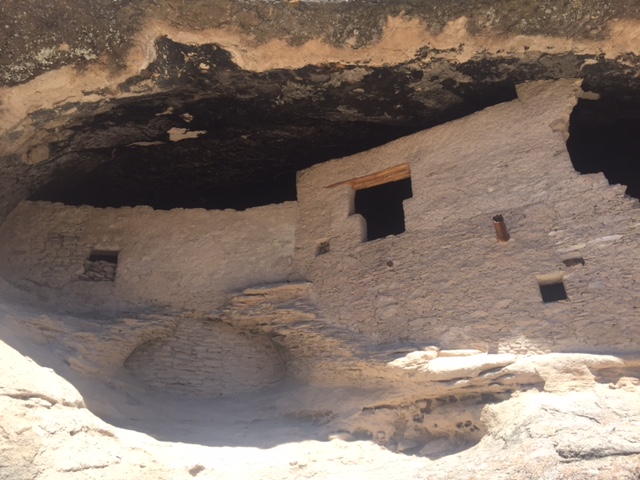 Sadly by the time the site was found i was very difficult to tell a lot of things. The site had already been trashed by people, and no-one has been able to pick out what route people actually used to get up the cliff. This cliff is not shear, a climber of moderate skill (such as myself), can nearly go straight up it. 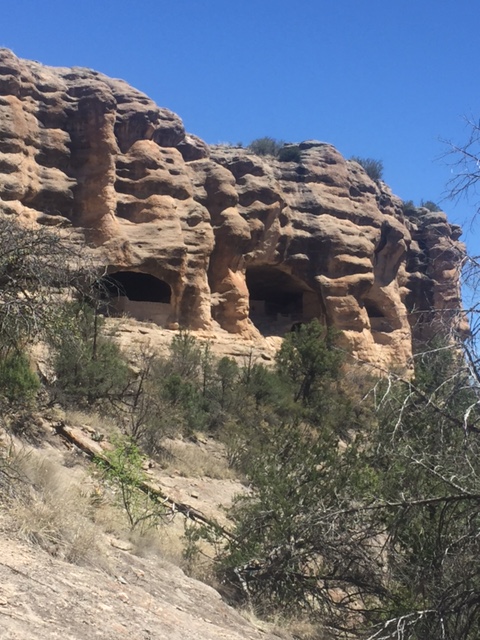 Here is a Morter, directly in the bedrock. 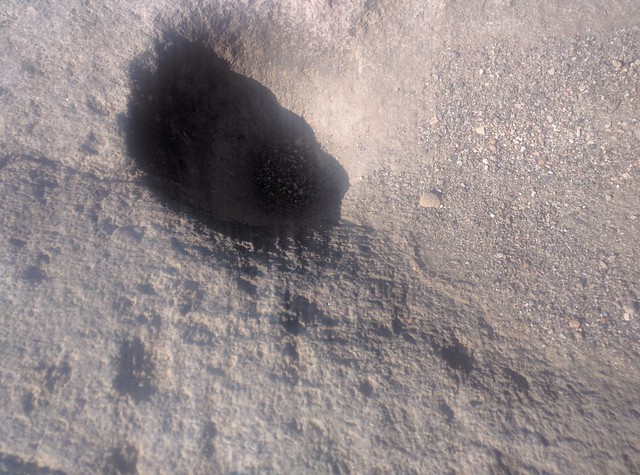 This is a much smaller home, also likely of the Mogollon tribe. This one is constructed under a rock-shelter down in the valley. It looks like it's filled in a little with dust, even still we could stand up inside. Much of it has collapsed, but it would've been a lot more spacious than I expected actually. 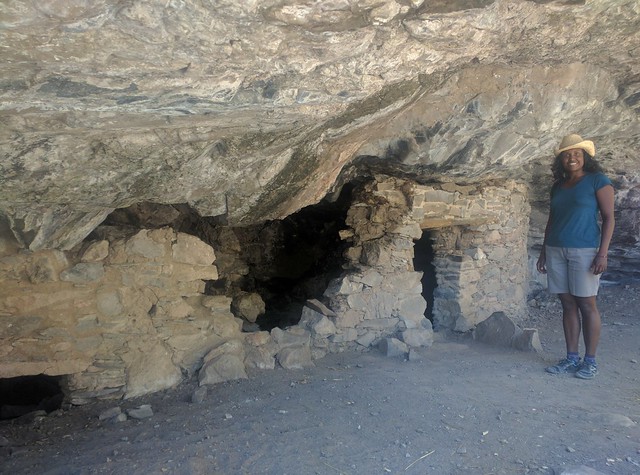 These shelters just look like such nice and comfortable homes. Warm in the summer, cool in the winter.

Near this location there are a number of pictographs as well. 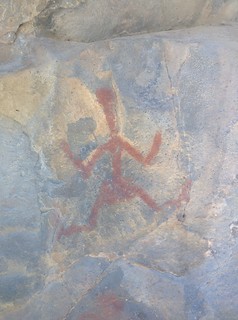 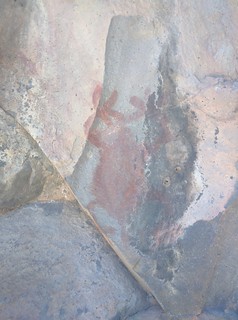 Not shelters, but as long as we're talking about pictographs, here's some neat petroglyph as well, that we saw down in Vallez Canyon... a difficult location to get to (we really needed the lifted 4x4), but neat anyway. I actually know nothing about the originating culture for these petroglyphs except that Gila has few petroglyphs (and thus it is believed Mogollon didn't make them). 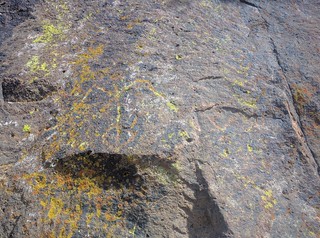 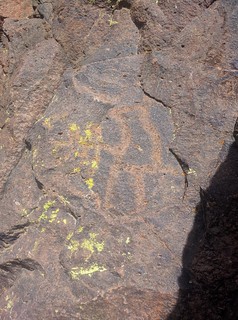 I've been reading "Neither wolf nor Dog" lately, so I was suddenly very aware of what this was, someone's home and entire life, and what it is now, a tourist attraction, though I don't yet have anything intelligent to say on the subject besides that.