Some shelters from Texas and New Mexico

I just wanted to post some of the interesting shelters I've seen recently while traveling the southwest. 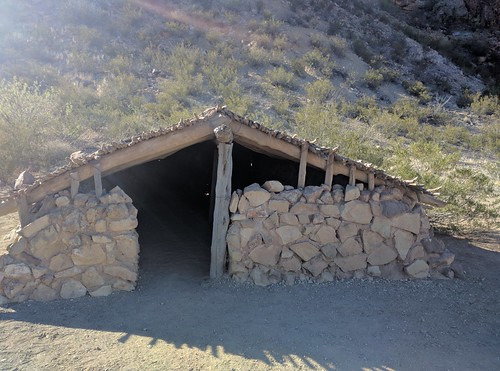 First, here's a Jacal built by Gilberto Luna. It's a traditional style of mexican home. The Luna raised 8 kids in here, and lived to 108. At 5'6" I can stand at the very back, but no-where else in the shelter. 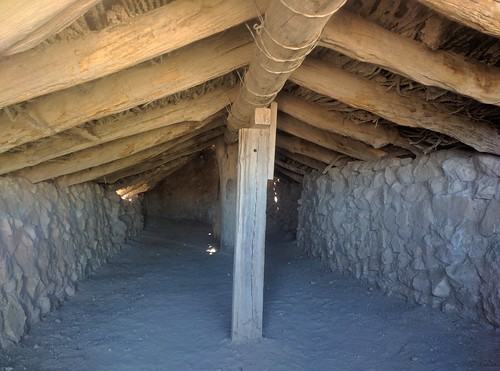 The posts are sunk in to the earth just a bit. The whole shelter is dug in to the dirt a little in the back (though likely this is due to the slope behind it collapsing). It uses a boulder as the back wall, which is part of why the roof is taller there. 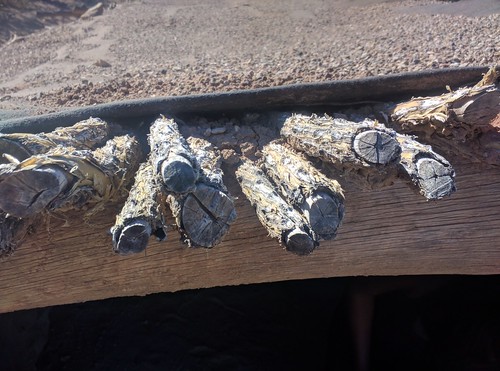 The roof is wood beams, with ocotillo across it, held down against with with fencing wire. The version we saw had a layer of felt... this may be repairs or not, the man did raise sheep after all. Then there's dirt and such on top of that. 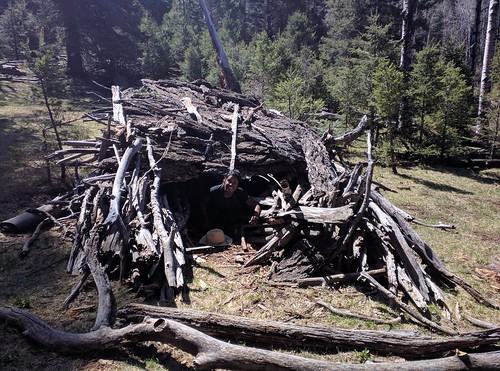 Here's another random shelter we ran in to, this was someone's attempt to build a shelter up in the mountains of New Mexico. The roof looks pretty waterproof, made with layers of thick bark, but the sides are not windproof at all, the wind blows right through (as it did while we were there). Great rain shelter, not a great shelter on a cold night. It seemed like the walls used more material than needed, it must've taken a long time to build. 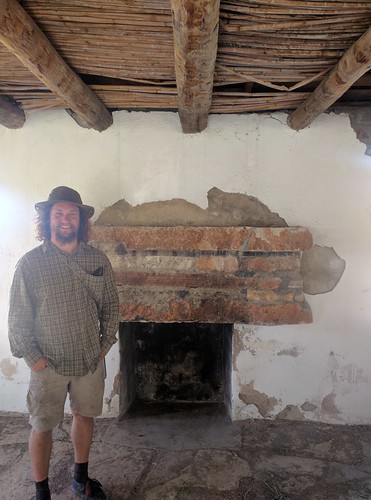 This is a more traditional constructed house... sadly I didn't take any pictures of the various adobe structures we saw in various levels of destruction. Adobe is made by mixing manure mud, and drying it in to bricks. The bricks are then stacked in to a structure, using a similar mix as morter, and the final result is plastered over. This means it's made entirely with local materials (what modern folks call bushcraft :P). We noticed they often layed cables in to the layers of adobe, to help keep the walls from falling outwards I assume. The top beams are just layed directly on the mud. Then traditionally ocotio across that to make the roof.

The structure shown here I believe is part concrete. It's built in a style mixing mexican/spanish and anglo methods. But check out that awesome fireplace, with a stone header. A lot of the structures we'd seen actually used wood in that place (This was true for the various missions for example) - which probably works, but is a lot more likely to accidentally get burnt.