Angie and I were talking about gear. A little while ago I picked up some linen suit pants at a goodwill for a couple of bucks. I tried hiking in them and decided they definitely wouldn't hold up for a long backpacking trip. But recently, Angie suggested I try making leggings/chaps out of them. Here's what I ended up with: 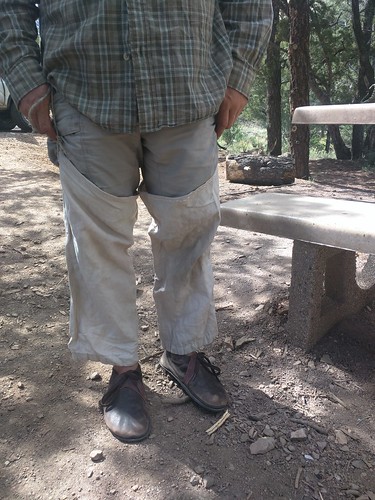 I haven't worn them hiking or anything yet, but they seem like they could definitely work. The idea was for hiking on the east coast, or in other areas during peak mosquito season. I want shorts for hot days (also common in mosquito season), but I want something to put on in the evenings. I've considered making "button-offs" like zipoffs, but using buttons... but this is definitely simpler. 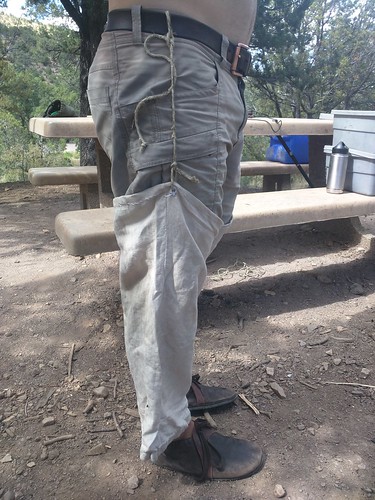 They remain untested to date though. As a bonus, they would work with a skirt as well, which I'm leaning towards more and more as I think about how to deal with really hot weather without nylon.

We'll see how they actually work out though!

I also finished my new food bag. It's made of lightly treated 800 threadcount sheet. The side is full-felled for strength, the bottom is double-seamed, and the top has 2 grommets and a seam. It can be used as a roll-top like a drysack or as a draw-type stuff-sack, the idea being that it'll carrying varying amounts of food well. 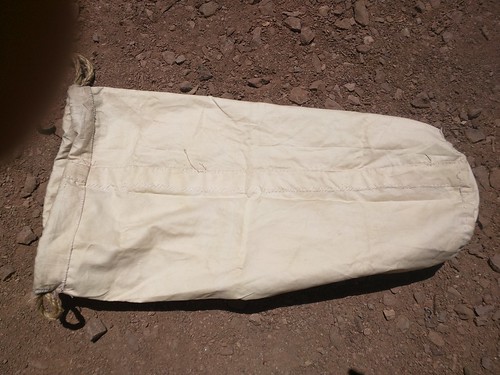 This was WAY more work than the linen leggings (over a day of sewing actually), as I wanted it to be very robust it's done with small tight stitching. But, fundamentally it's a bag, so not nearly as interesting :P.