We decided it was time to find some land and put down some roots. After initially deciding on colorado and interning with Robin Blankenship of Earthnack we realized that there are just too many people in Colorado for that climate, and decided to go east. So we moved to Montpelier Vermont to look for land. 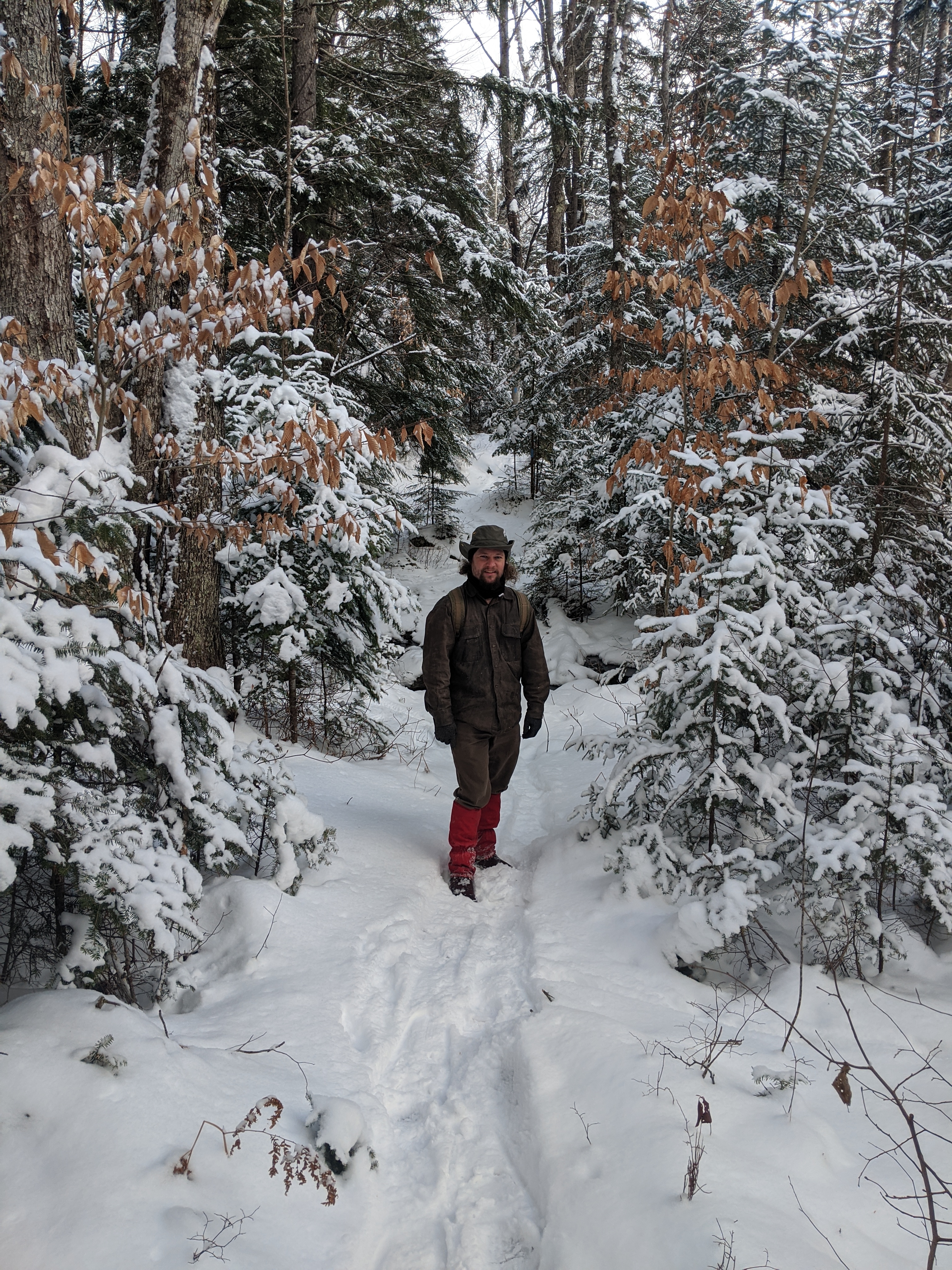 I got a job doing computer stuff again, that's been fun since I finally am doing programming rather than SRE work. 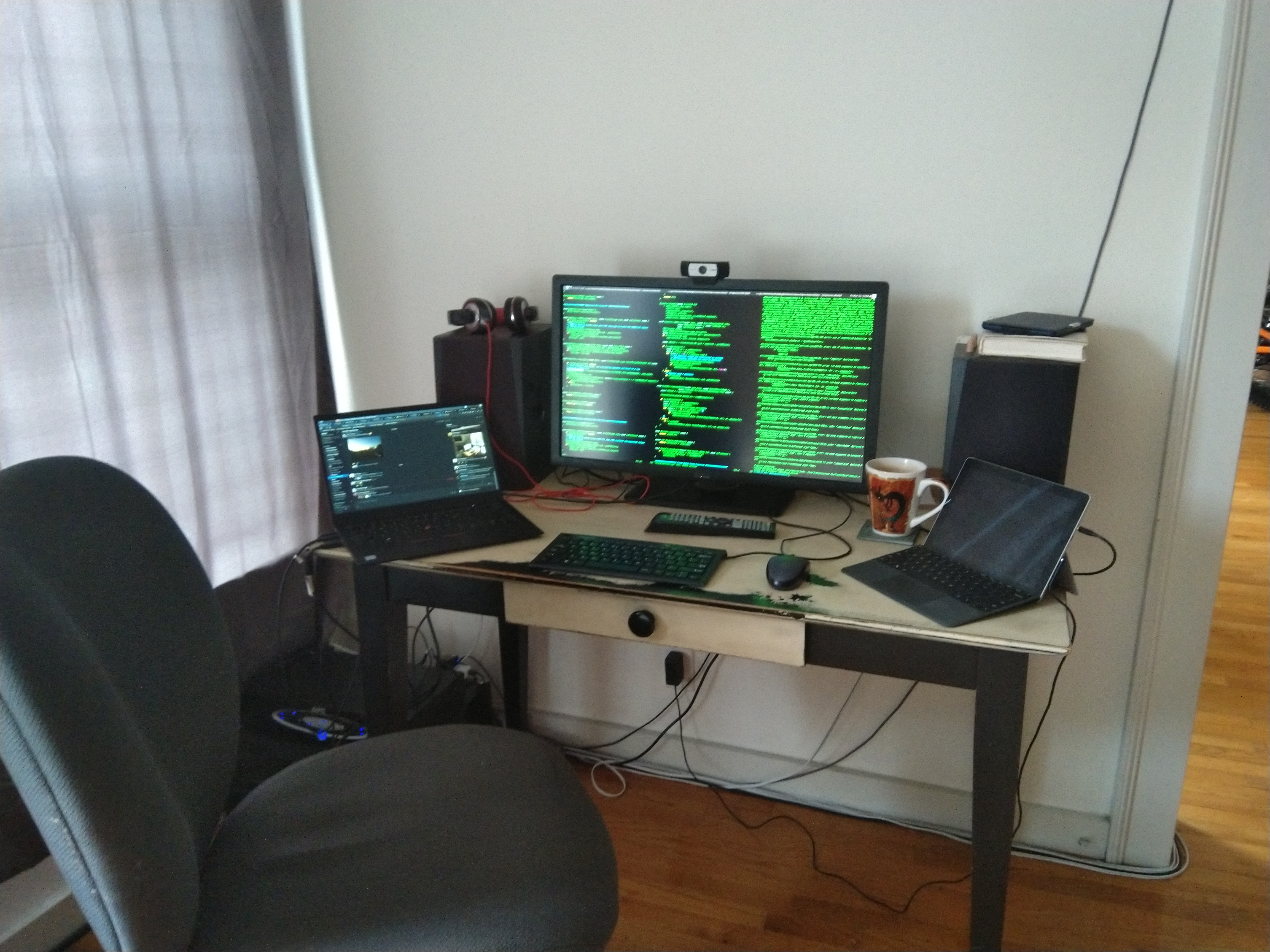 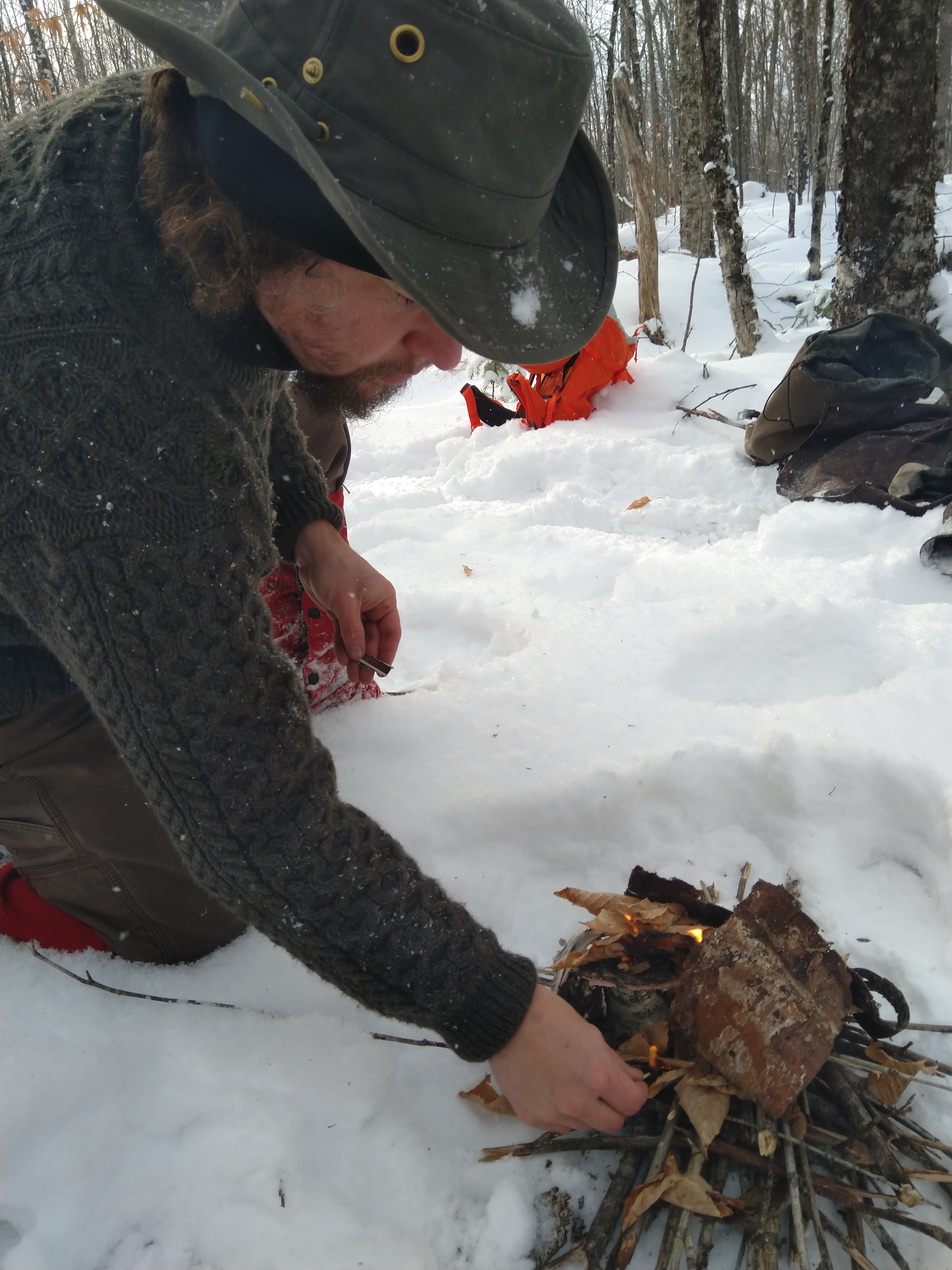 And learning to cross country ski of course 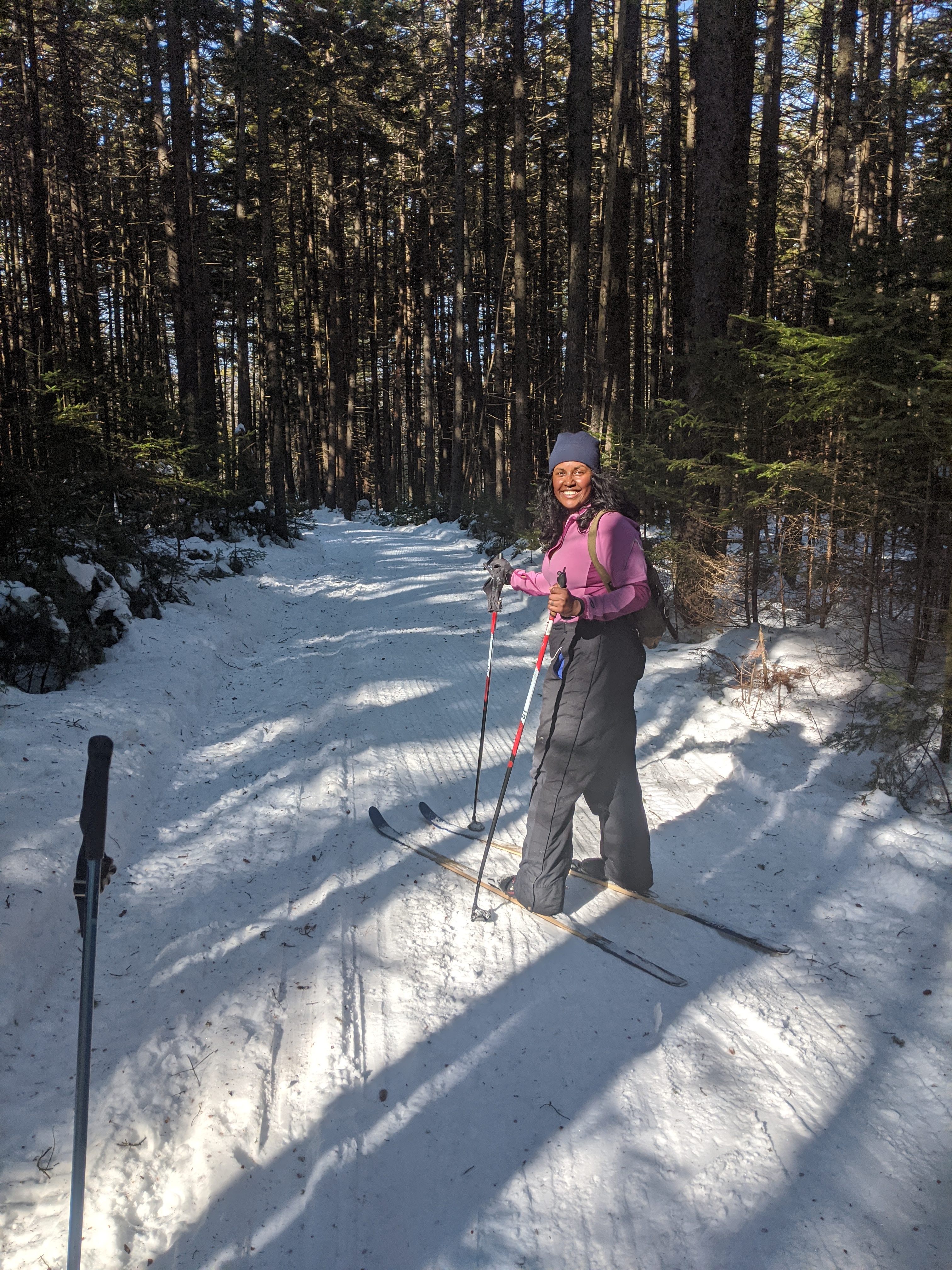 Then we found or land! We found it in the summer but it went off the market before we could put an offer on it, but then it became available again midwinter and we jumped on it. 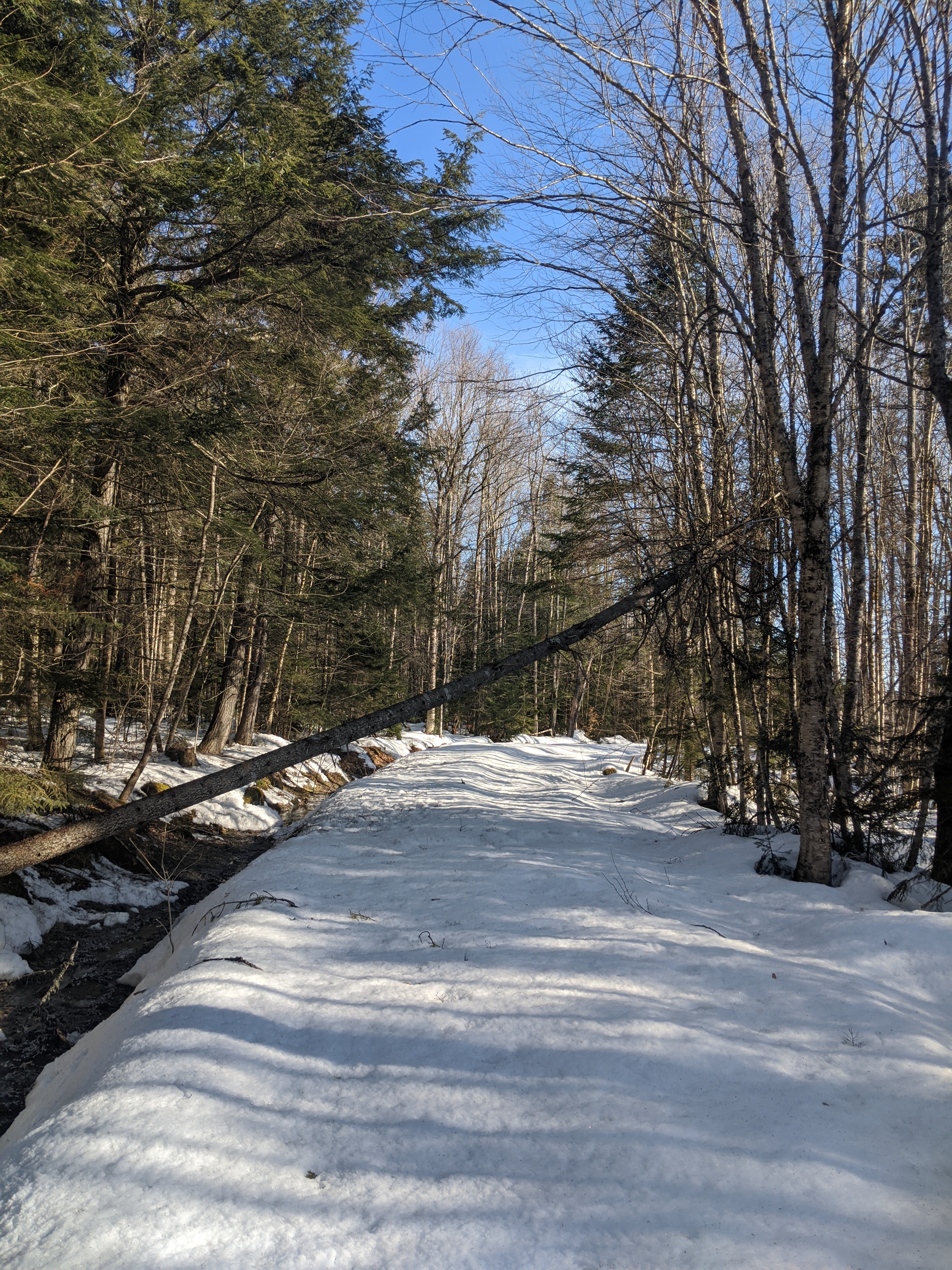 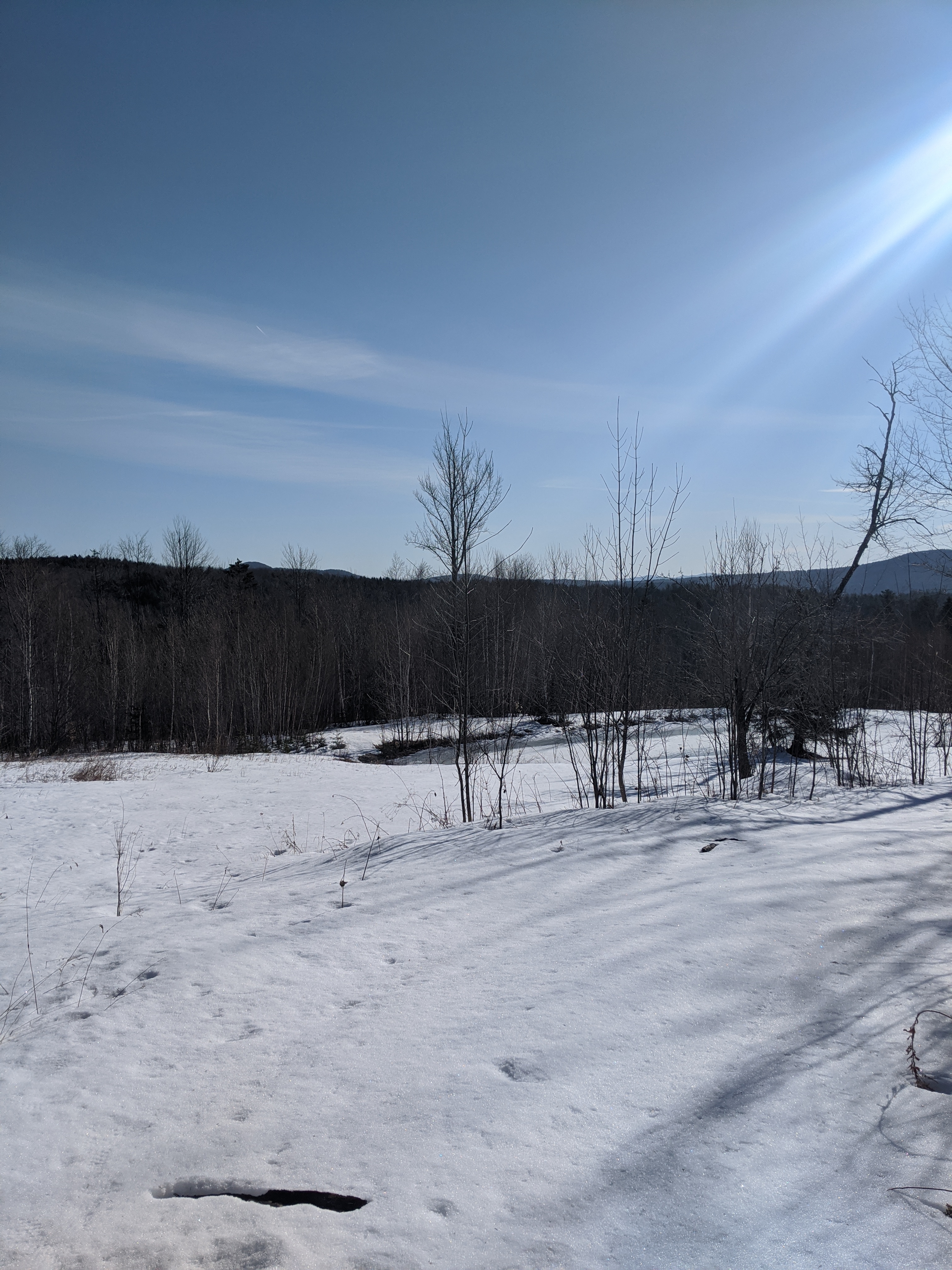 It's 82 acres in a small town near Montpelier VT. A lot of it is is wetland, the road has 8 culverts in it and was in pretty bad shape. So we bought a 30 horse tractor and started working on it. 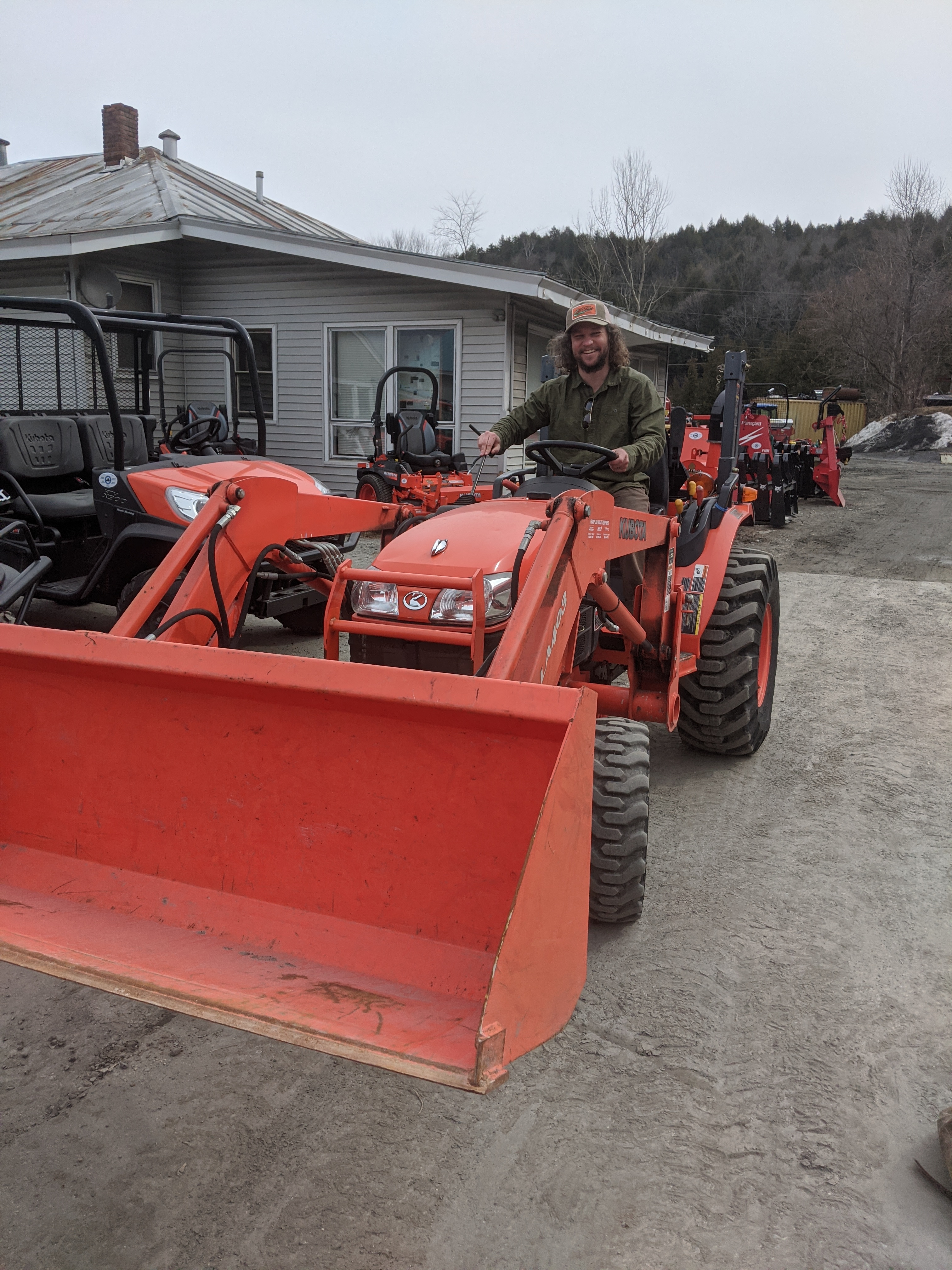 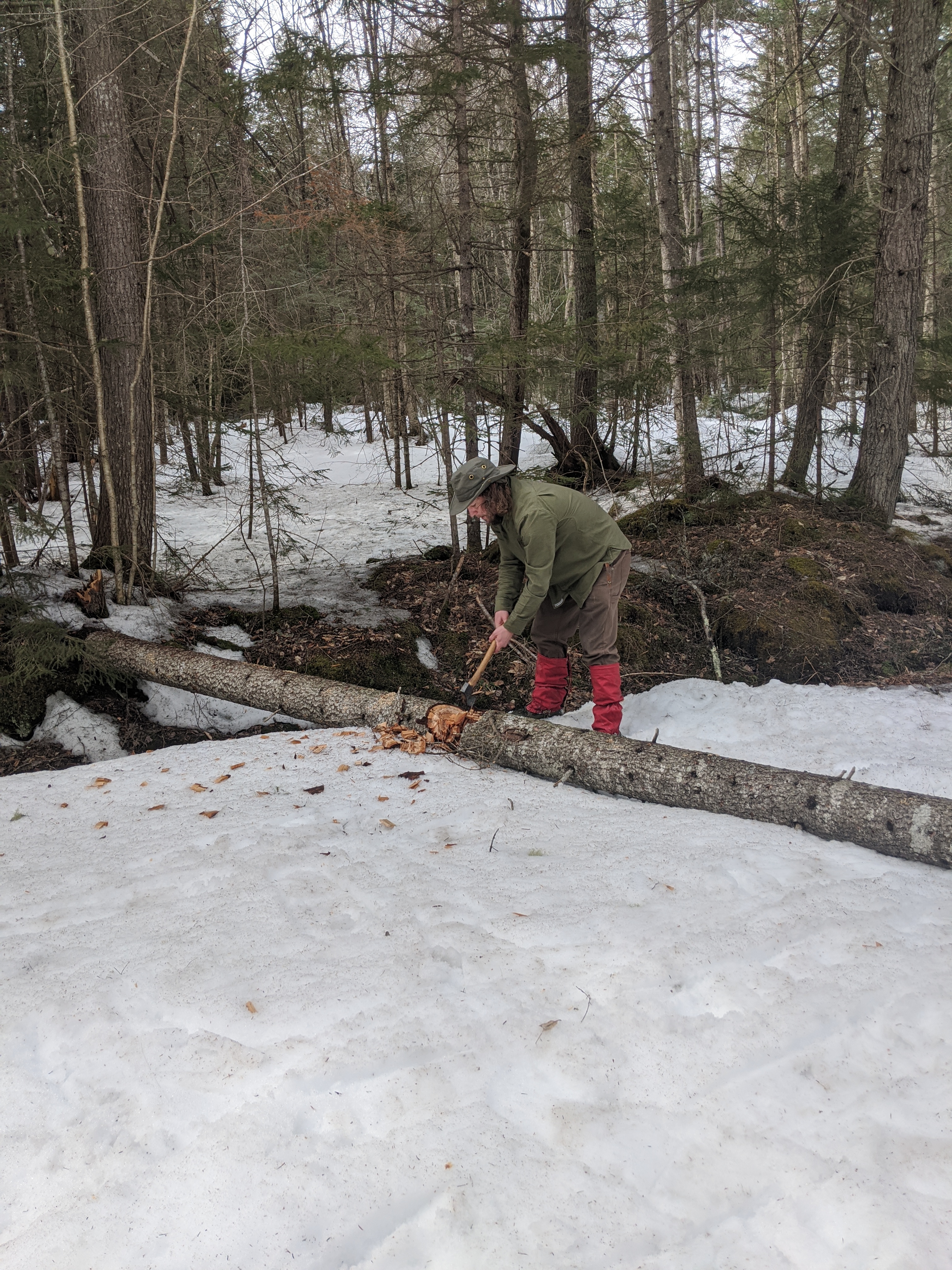 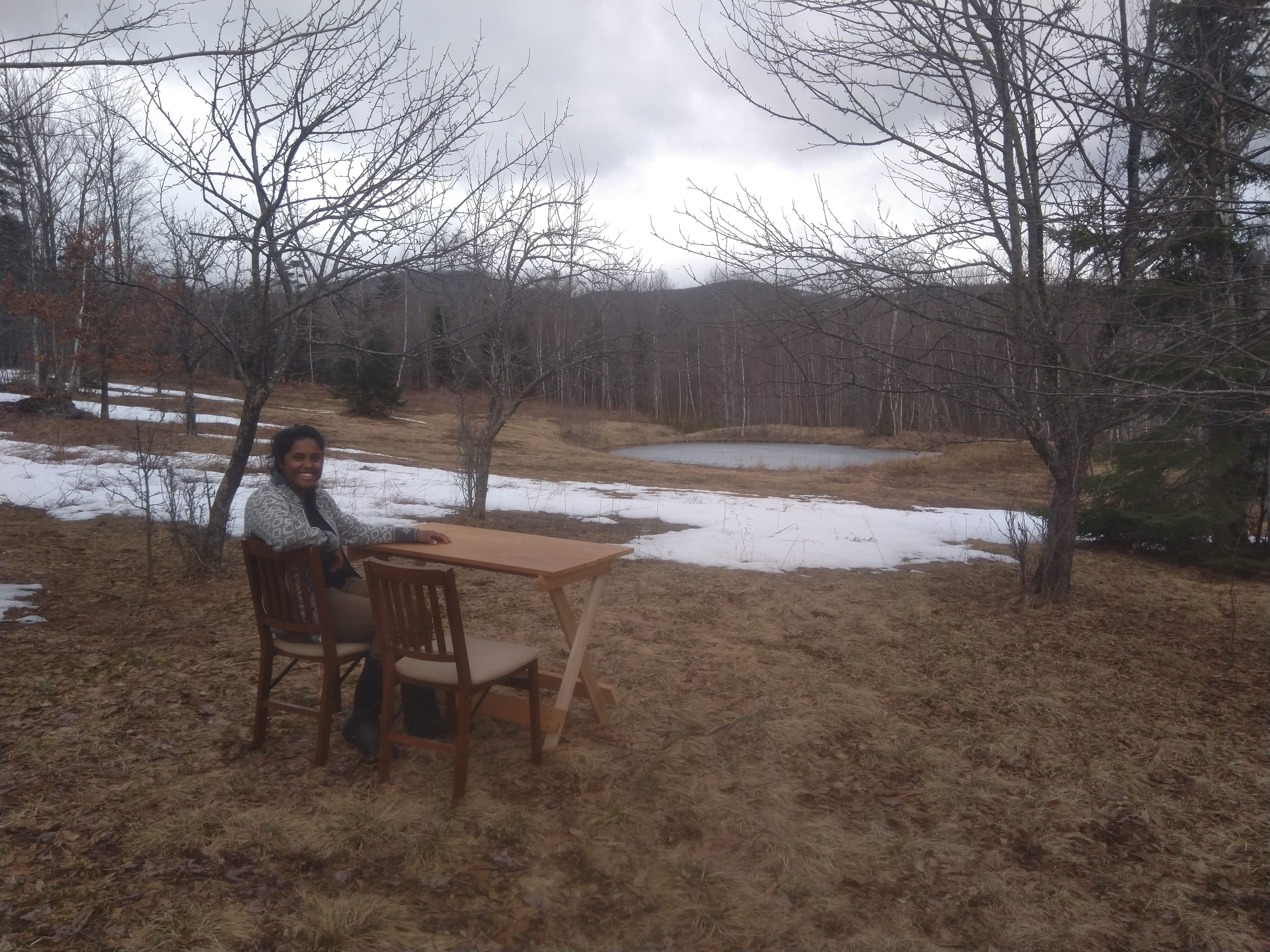 The biggest culvert was in 2 pieces under the road and I ended up crawling in to it and building a mortered stone wall, so we could pour cement from a hole through the road to fill a void that had formed. 3 others had to be replaced. We did one ourselves (replacing it with 2 culverts) but it washed out in the spring, so we ended up getting help from a very nice contractor with an excevator who's been helping us out. 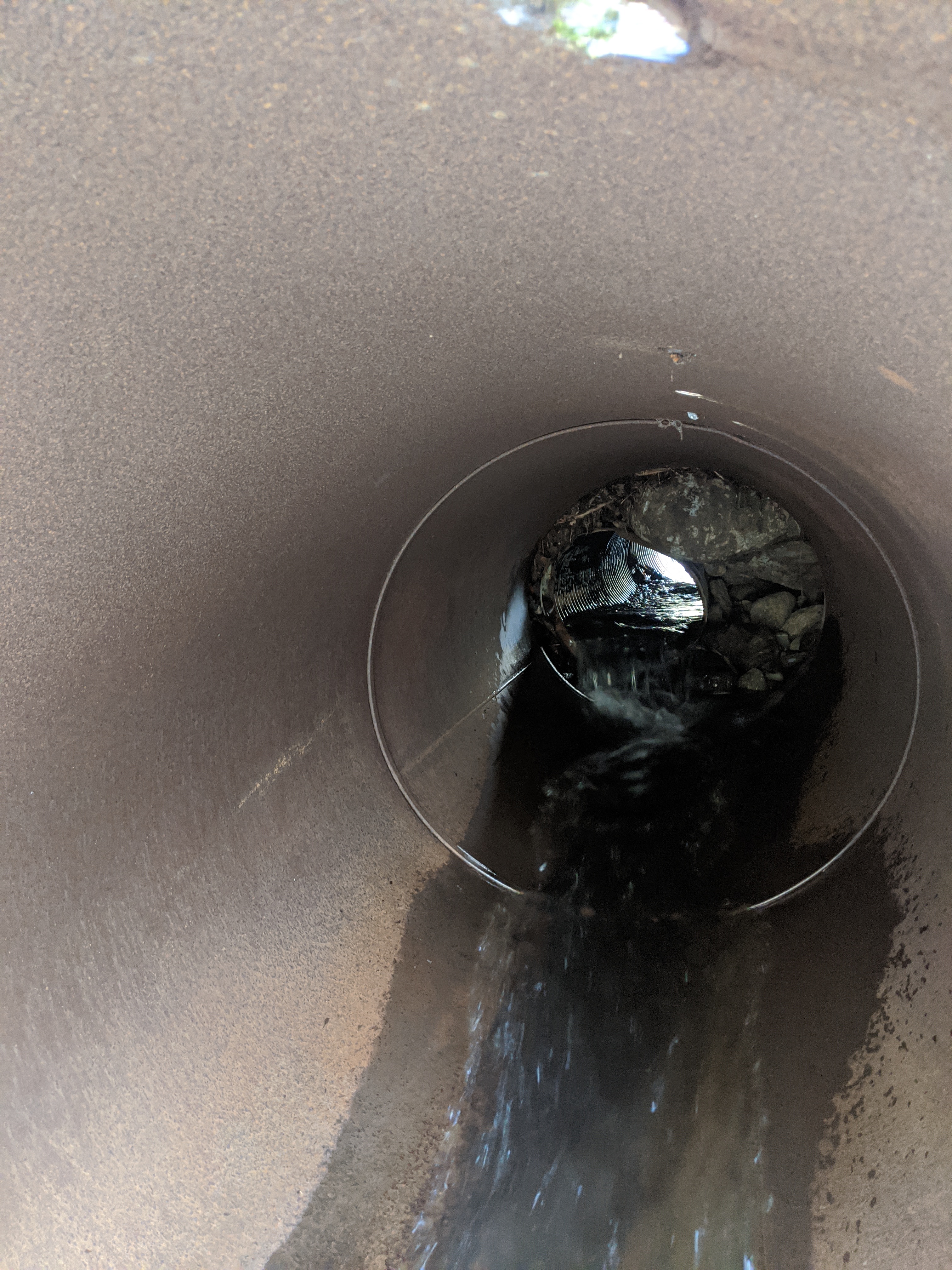 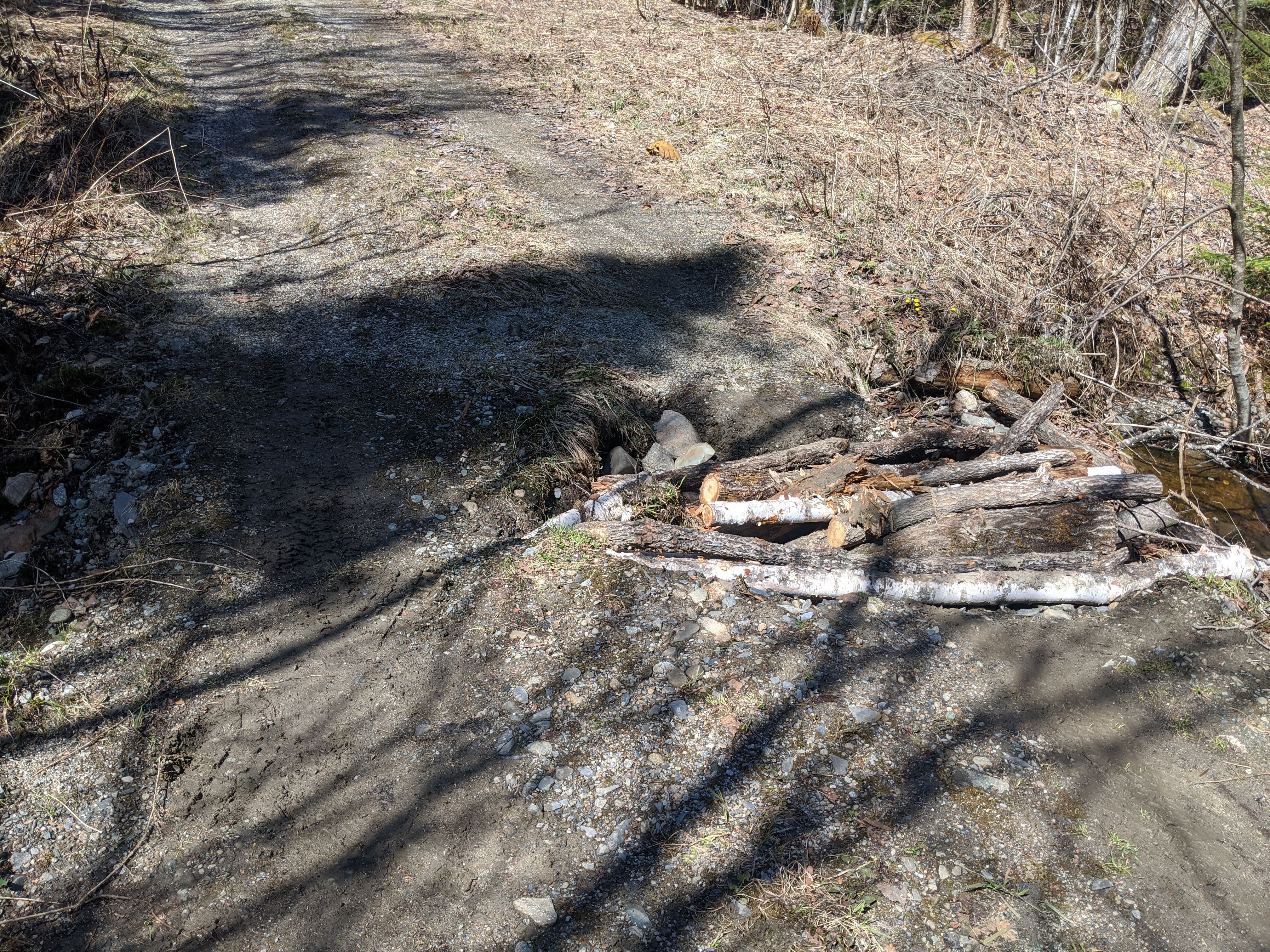 Angie did a TON of work with the tractor to grade the road flat. And we've cut hundreds of trees along the road. You'd think it would look like we'd cleared land, but that was just to get rid of trees hanging in to the road. 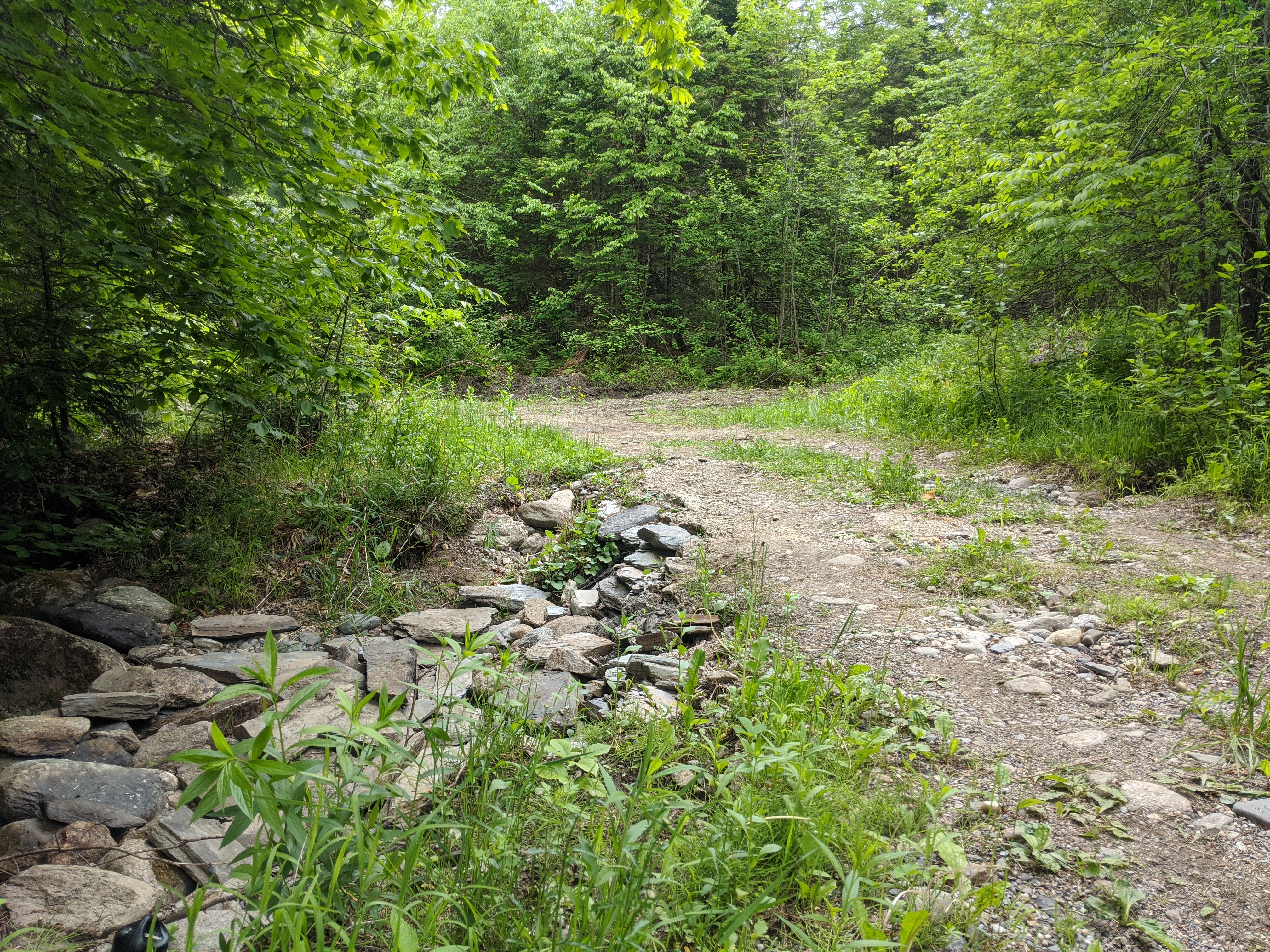 (This post is after we'd stacked all that rock) 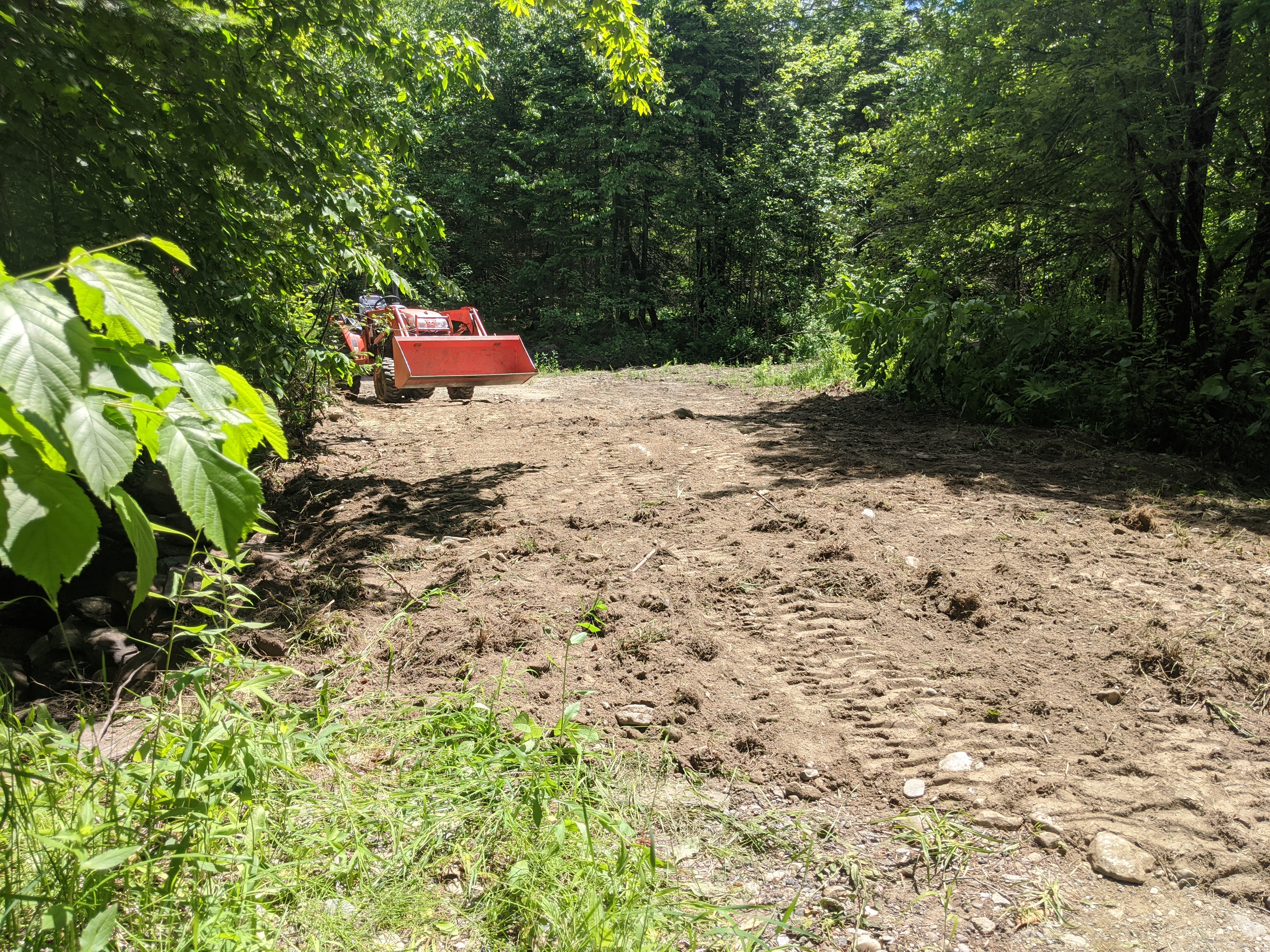 The land also came with a poorly build hunting cabin. It was originally insulated, but the insulation was full of mice and mouse droppings (both of which fell out of wall when we ripped it out). We removed it for our health. 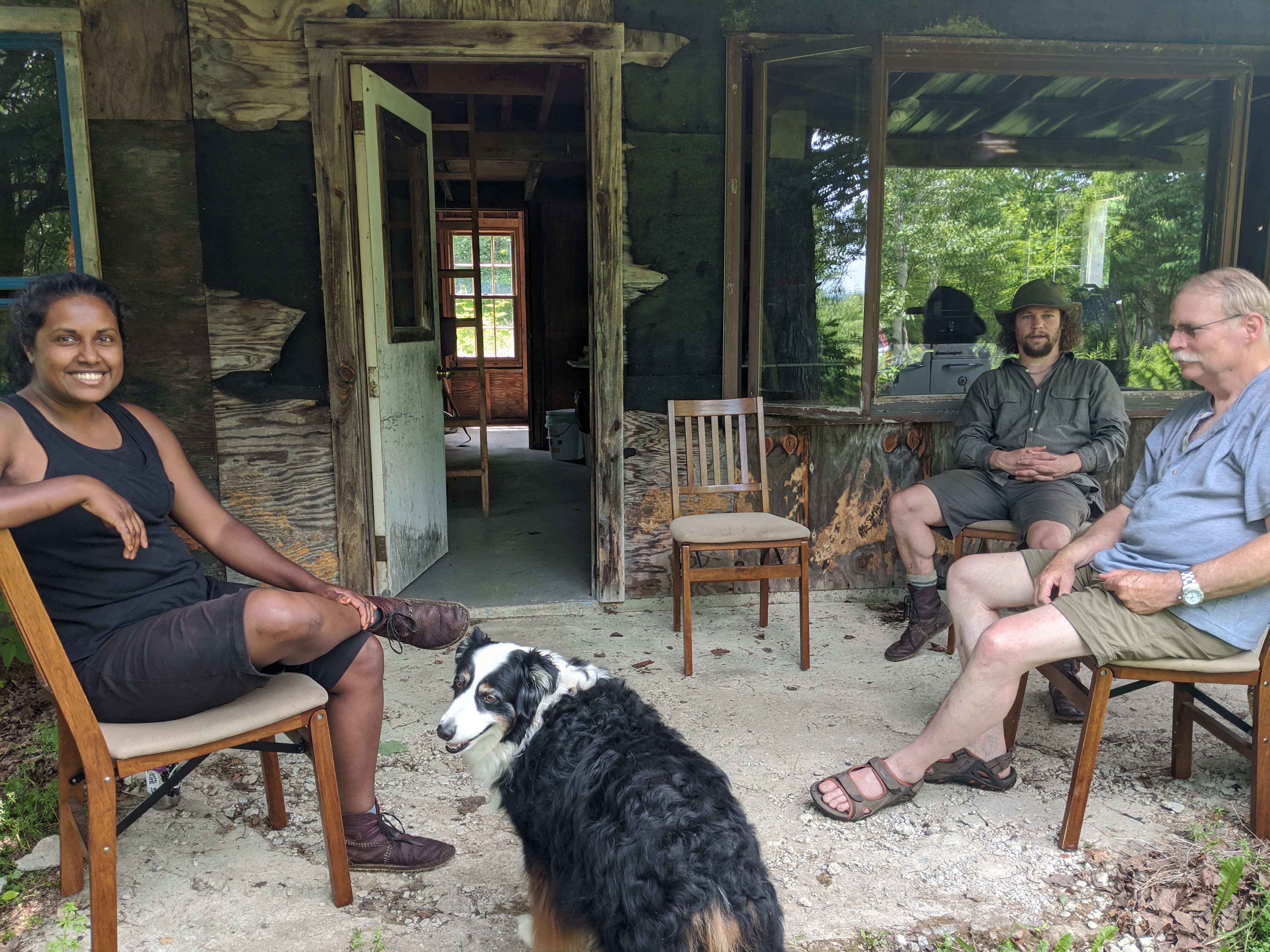 Covid happened, but honestly didn't change much for us. Vermont handled it better than any other dstand and we were busy with the land while I was still working a full-time job from home. It did delay hanging out and meeting other folks, but we still met some really cool people.

I've been trying to learn the plants, there's tons of cool ones and I could post plant photos all day. Probably the coolest is Prickly Ash, which is pretty rare.

We had to figure out how to snowblow our >1/2 mile driveway. 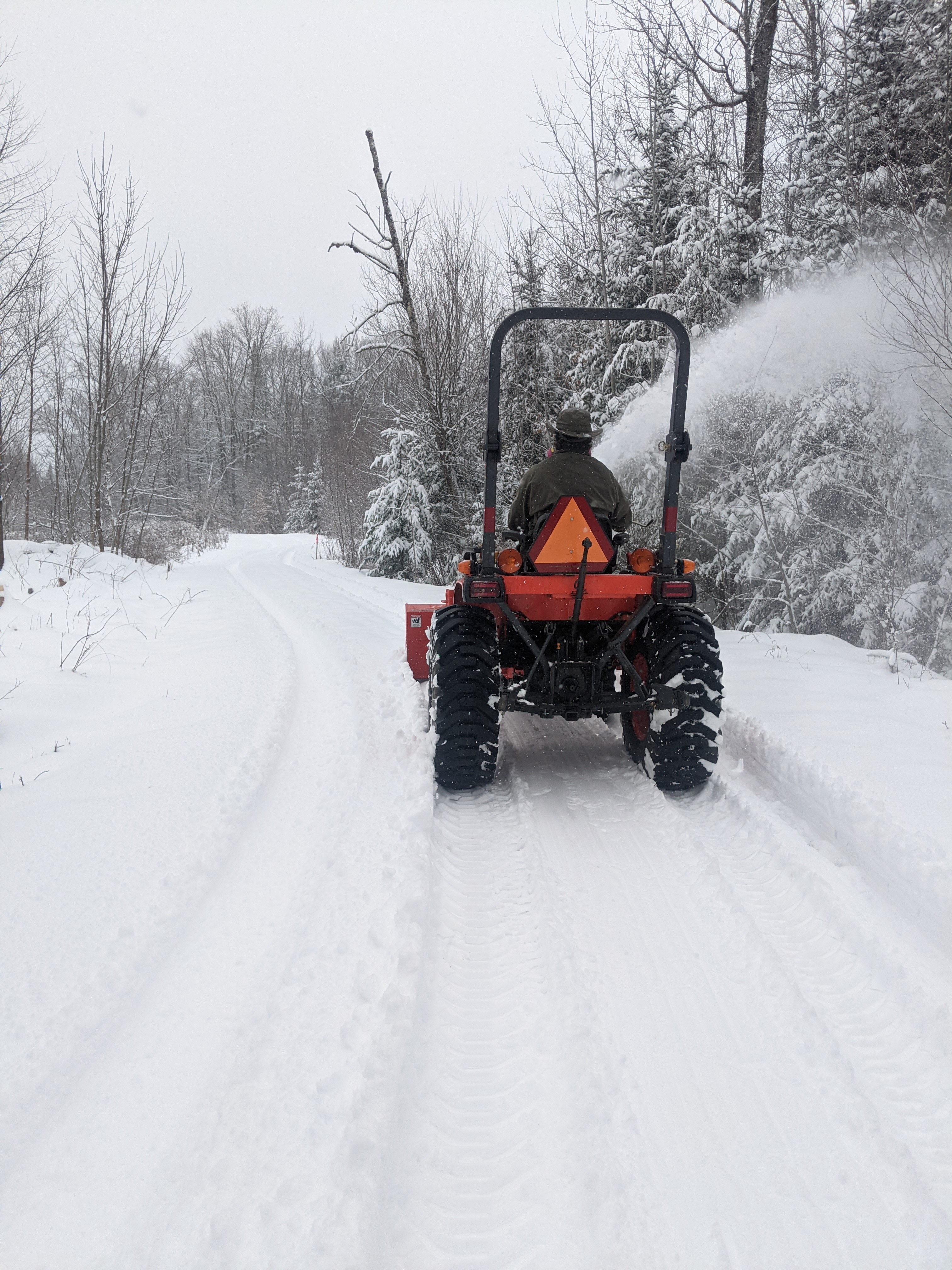 We had a house built in sections in a factory, and that was just put up last week. We're doing all the rough-in and finish work ourselves. I'm sure I'll go back and post some detail posts. 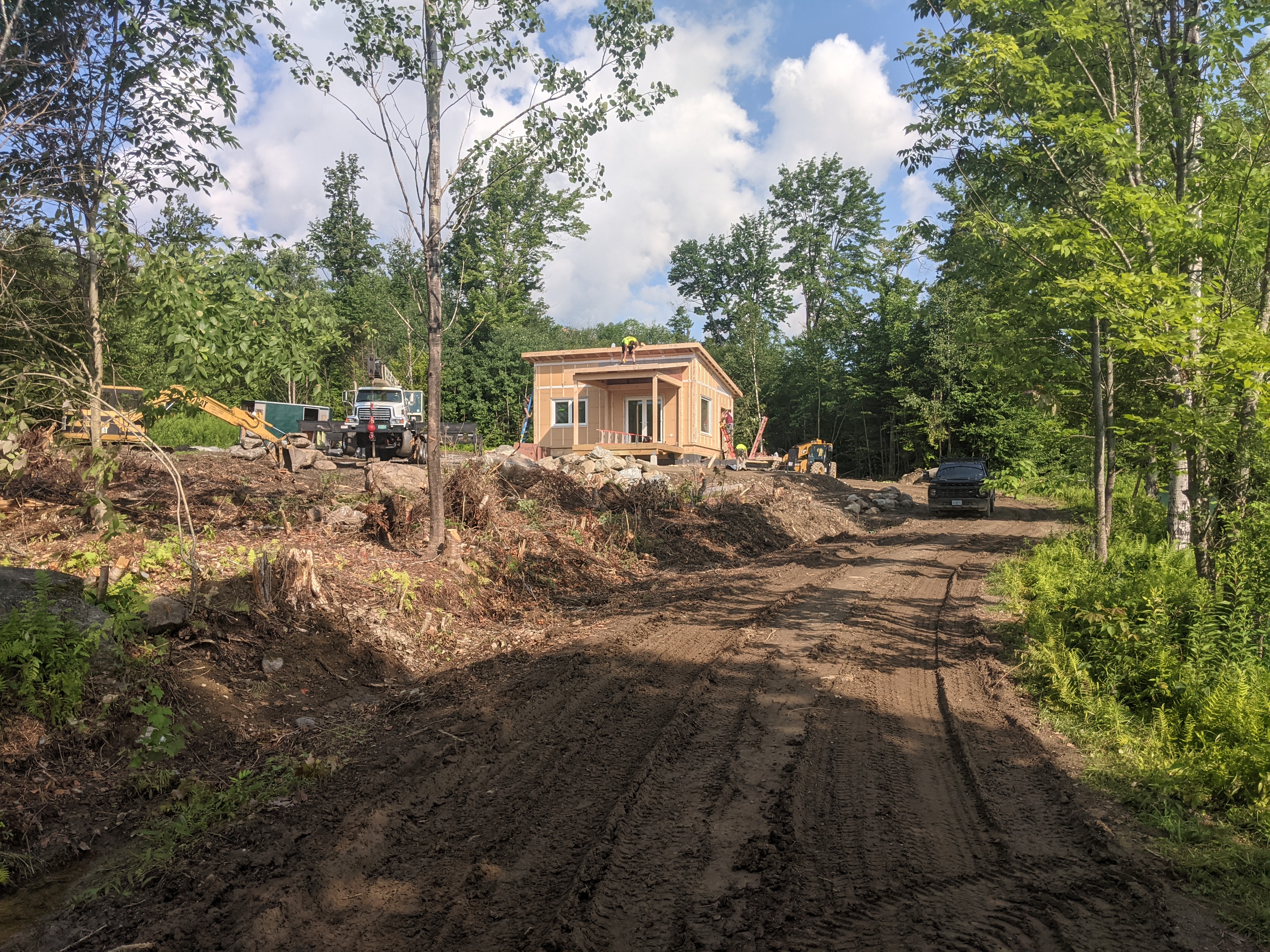 I hope to start actually blogging with some regularity now, and maybe go back and talk about some of what's happened. We're living the cabin right now and I'm on a leave of absence from work while we try and get heating and ventelation in to the new house so we can move in to the basement before winter hits. Then we can finish the rest through the winter. The plan is to go back to work but just 2.5 days a week, so I'll have a lot more time to do all of the other stuff.