This time around I wanted to try lining the cap with reflectix, to see if that helped keep it warmer in the winter and cooler int he summer. Reflectix is basically foil-baked bubble-wrap. It's hotly debated how well it really works in various applications, after reading a lot I decided to just it and find out: 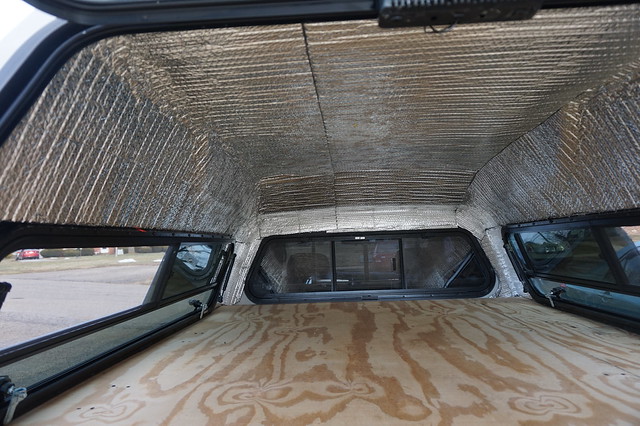 After a lot of consideration I decided to use silicone glue. There are lots of options but from what I've read silicone adhesive will bond to both plastic and fiberglass... and you can take it back off without damaging either. That's important in case I screw it up, we decide we hate it, or whatever. Here's the stuff I used. 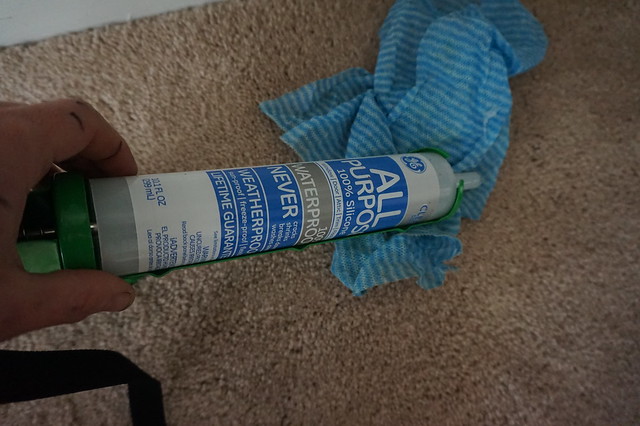 I bought a 24inch  by 25 foot roll, and it was the right size to buy. I have enough left to put across the windshield if I want to use it that way (not sure if I do yet). I kind of had to piece it together. It's pretty difficult to get it in and actually attached up solidly... particularly when it's below freezing out. Also, the fume from the glue are pretty terrible when it's drying. After trying several things (and getting a little light-headed and having to take a long break a couple times) I finally settled on leaving engine running with the heat on full blast, the windows from the cab to the cap open, and the window sliders and tailgate window open. That worked to both heat the cap so the glue would set, and to help push the fumes out of the cap, all at the same time. 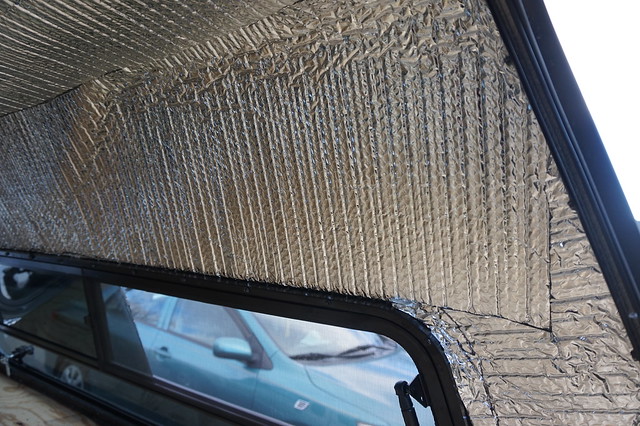 Some folks have warned me that this is likely to drip on me while sleeping in it. I wanted to try it anyway... so we'll see how it goes.