A while back Angie and I met our friend Adam Weiss at the Rivercane gathering in Georgia. We ended up going on all the plant-walks together and Adam told us about his work in ecological restoration. We decided we had to visit him in the Ozarks.

And so, we made a stop by the Ozarks on our way west. What he showed us was pretty amazing. 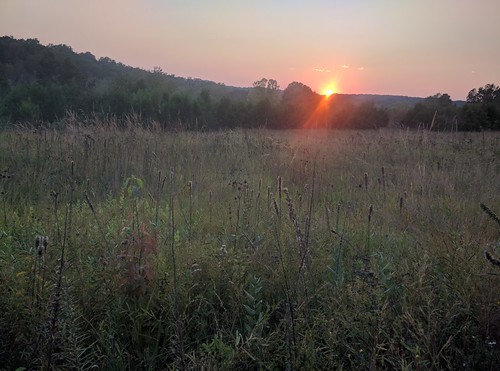 The photo above is one of Adam's fields, a Prairie that Adam re-established on his farm. He manages the fields with fire, burning them regularly. He's gotten so good at it that he does it for a living managing other people's land as well. The bio-diversity of these fields is amazing. Herbs, food, and fiber plants growing all over the place.

A while back while I was at the Buckeye gathering in California Cat Anderson (the author of "Tending the Wild") came to speak. Everyone there was ecstatic because they'd all read Tending The Wild, and all had been convinced by it that human's are fundamentally a part of the ecosystem. For many, myself included, this book changed their view of people as only destroyers of the world, to that of keepers, even gardeners, of it. Her book establishes in an academically rigorous manner that human's have played a major role in the ecosystem for many thousands of years, long enough that we are now an integral part of it... Thus, if we simply "leave it alone" it will not return to it's natural state, because we are a PART of it's natural state.

At this gathering though, everyone waited with baited breath for Cat Anderson to tell them *how* to do that. She stood up in front of the crowd and explained she didn't know... she'd been hoping that we could tell her how to do it. A hush ran over the crowd as it hit us all that there was a much longer path than any of us had realized... there was no-one to teach us, we had to figure this out ourselves.

Adam on the other hand, seems to have figured out a piece of this puzzle. He's doing the same with forests as well, using fire, removing invasives, thinning forests into woodland, and re-establishing the old ecologies again. There are other people establishing "Prairie" as well, but Adam is the only one anyone has heard of who is using local seed, or who's prairie come out so diverse. Basically... he's farther along in re-establishing real ecologies, than anyone else I'm aware of. If you've read at all about "land-race" verities of plants (e.g. corn, they discuss this in 1984, which is also great background for this post), you'll understand why local verities matter. He gathers wild seeds from tiny patches of natural prairie he finds locally, plants them on his farm, and then gathers the seeds from that and plants them elsewhere. As a result his prairie is truly natural Missouri prairie, surviving better, and out-competing the invasives better. 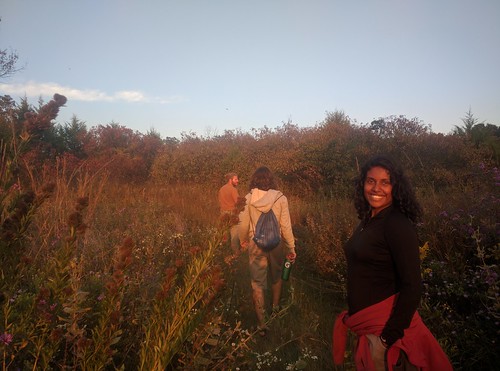 Angie and I met a couple of Adam's other friends, and helped him harvest some seed. 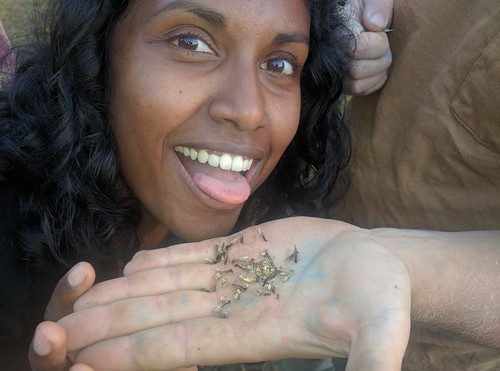 Adam also just happens to be an awesome guy, a botanist and a scientist at heart, so he was just a blast to hang out with. But I'm completely non-apologetic in my trying to suck every bit of knowledge I can out of his brain while with him. We need more people doing this sort of thing. 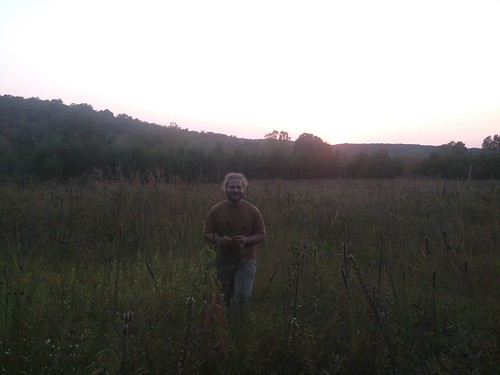 The main lesson I've learned from talking to him though is that there is no magic bullet for re-establishing ecologies. What people wanted at that gathering was a quick answer, a solution. There isn't one that would fit in a talk. When I asked Adam how he figured out what to do, where he learned it, he said that he learned all the plants, and just started trying to do it. He watched the results and learned.

So, there are no true shortcuts... but maybe a few folks like Adam can be a bit of a shortcut for the rest of us.