Break day! We were feeling pretty exhausted so yesterday after 3 days of consecutive climbing and backpacking, so we we decided to just go chill. We both had minor injuries that needed healing and were just generally beat up, check out Angie's hands after climbing the day before. 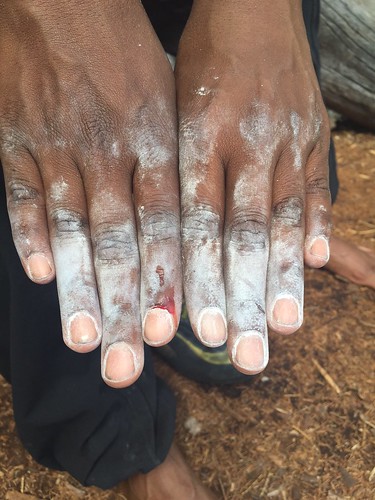 We went up to a boondocking site we'd found earlier with a river right next to it. We spread out gear and dried it (we'd left the wooden box out in a light sprinkle and a bunch of my gear got damp). 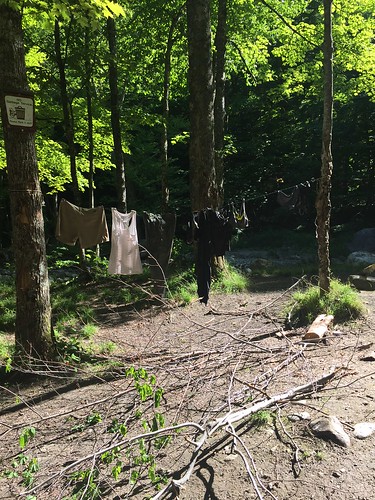 I repaired the butt of my shorts which I found a huge hole in while doing laundry. 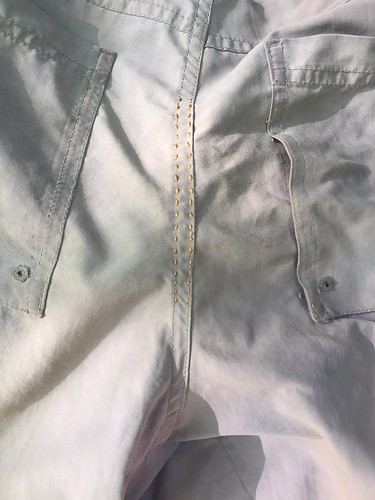 We took baths in the river (with no soap, just a little vinegar in our hair), and we relaxed and read. We finally set up Angie's hammock. 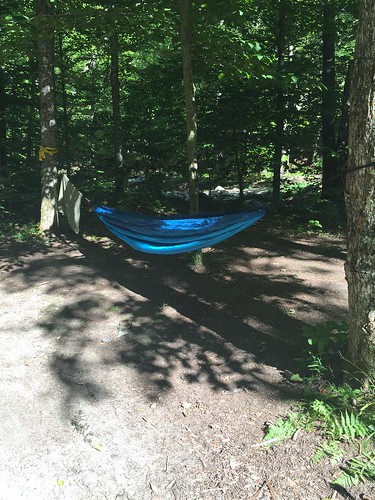 It was a great day. Today, Angie wanted to try a recipe for "Bannock" which is a baking-soda based bread, which she made for breakfast. Delicious!

In general it was wonderful, though a hairy woodpecker got very upset at me at one point when I went to the woods to dig a cathole... I have no idea why, but so it goes, he got another hairy yelling at me, a jay, a chickadee, quite the ruckus! He chilled out again though.

Oh, one odd thing, some folks seem to think that felling live trees on public land near boondocking sites is reasonable and ethical... what the heck. Someone had recently dropped a decently sized tree only about 10 yards from the site, and it was on a dry stream bank no less, the spot it was in not being that crowded either. To all you other boondockers out there, treat the forests right. I *might* even consider taking a live tree illeagally like that, but only from the right place, far from a campsite, and where it would make the woods *better* and *healthier*. Spend time learning to care for forests properly and be careful. Please care for the spaces so we can all keep them.