I had these boots from Lem for about a year and a half, and they finally hit the end of their life... thus, it's time to write a review. 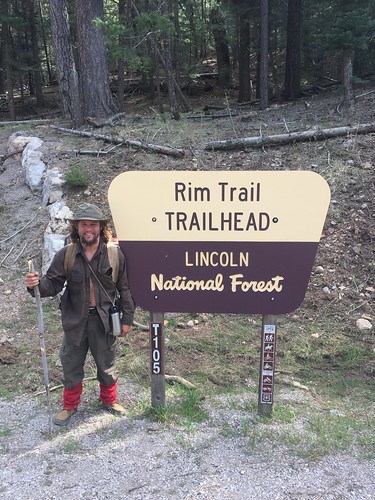 (Photo from these boots last backpacking trip, an overnight in the New Mexico mountains, with possible snow)


Sorry I don't have any photos of just the boots, I forgot to take one before I threw them away.... but here's the lems website https://www.lemsshoes.com/mens-boulder-boot/ .

These are minimal zero-drop shoes with flexible soles. This puts them in a similar category as the softstar runamoc, merril glove etc. Except, these shoes are high-ankled boots. This isn't the "ankle support" type of high ankle though. Think old-style jungle combat boots, where the ankle is flexible and acts almost like a gator in practical usage. This sets the Lem Boot apart from virtually any other shoe currently on the market. The closest would be the women's high ankled Merril Glove shoe that was actually designed as a style shoe... but it was only available for a short time. 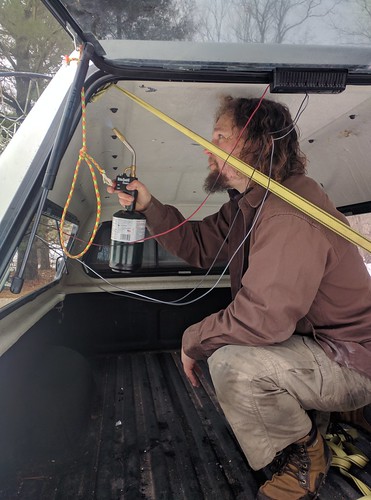 (Photo from repairing the cap while at a friend's house in Wisconsin after rolling the truck in North Dakota, it's a bit below freezing, and there's snow on the ground... note the boots)
With that in mind, a summary


The bad
These are the best all-around shoe I've ever owned. If I had to own only one shoe, this would be the best I've found... but probably not good enough. Jack of all trades, and master of none. I can distance run in them... but not as well as my runamocs or huaraches. I can wear them in the snow but my feet don't stay as dry and warm as in a real waterproof boot. I can backpack in them, but I have to be ready to slide at any moment if the ground gets the least bit rough. Smooth rock is particularly bad, so rock-scrambling is basically out.

Would I buy them again?

Sometimes compromise is worse than either option. My replacement boots are from Vivo Barefoot. In contrast to the Lems these boots know exactly what they want to be, a beefy leather, winter, flexible soled, zero-rise boot. I don't live the kind of life where I can get away with 1 pair of shoes anyway (that I've been able to figure out). The traction problems with the Lems were a big problem for hiking... a dangerous problem... I'd much rather have a pair of Vivo Barefoot boots, and a pair of Runamoc's from Softstar. If I was thru-hiking the PCT I'd be looking for a super thick or waterproof sock for my Runamoc's rather than going with the Lems.

As I mentioned at the beginning of the article, these weren't intended to be hiking boots. They are very much one of a kind and despite their design intentions they work pretty well. That said, most people who might want these for hiking probably have a specific use-case that something like the vivo's, runamocs, or similar would better fill.

Note: I have never recieved anything for free in relation to reviews or this blog. I usually write reviews only after I've worn out gear, or at least have very thoroughly used it. All opinions expressed are 100% the authors.