Hiking and Backpacking in Mendocino

A while back Jess and I looked at what search terms brought people to our blog. One of the top searches was "hiking" or "backpacking" in mendocino. It turns out that very few people do this, and of course, even fewer blog about it, and people are curious. Our previous posts are just specific trips, so I thought I'd write an overview of backpacking in Mendocino National Forest. 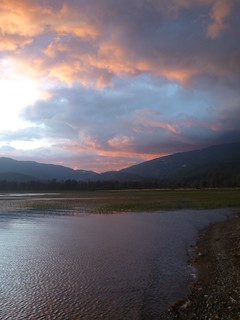 have been about the "upper lakes" region. Mostly we were hanging out to the south-west of Lake Pillsburry (a reservoir). This summer I decided to go exploring and checked out Hull Mountain to the North of that, as well as some of the area around 162 and even farther north of that.

For the bulk of backpackers I can summarize this post very easilly. There's a reason no-one posts about backpacking in Mendicino National Forest. Terrain-wise, Mendocino is one of the most difficult places you can backpack. If you don't read this blog, take a quick perusal and you'll see that this is not said lightly. I'm no stranger to tough terrain. If you are looking for a walk down a maintained trail and a clear campsite. This is not the place for you.

If you are looking for somewhere where you will not see ANYONE else. Where you can drive deep into the forest. Where you can follow deer trail for miles, build shelters, and really challenge your abilities on steep terrain and through dense brush, Mendocino might be just your place. Just watch out for the pot grows. I've never run into one myself, but they are definitely out there.

For backpacking in Mendocino there are just a few major points.

There has recently been an effort to build some honest-to-goodness marked trails in the forest. I personally know of one such trail, though in Covelo at the market there (sadly I forget the name) they have a packet of several of the trails they've been trying to make official.

That said, functionally? There are no trails in 99% of the forest. This means that if you don't want to walk where you could just drive (there are lots of roads), you need to bushwhack, and this brings us to most of the other points in this post 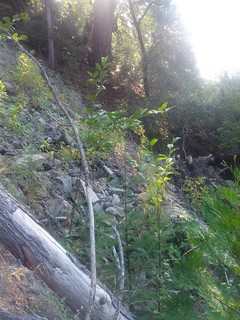 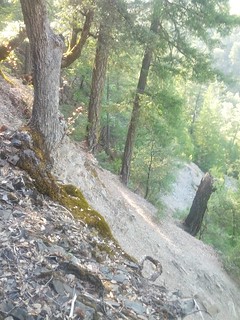 Most of Mendocino National Forest is very very steep. I often find myself sidehilling on deer-trail on terrain where I can just barely walk without sliding down the hill. I am now extremely skilled at walking on steep terrain, to an extent where I'm perfectly comfortable walking where most folks, even who do backcountry, would likely want a rope. The soil over most of the Forest is only a very very thin layer of loam. Just under this layer it varies from nearly sand to quickly rotting rock. So the footing is never solid on these steep slopes. The best footing is usually just behind a tree, so you're moving in quick steps on a sliding hillside from behind one tree to behind the next - carefully placing the edge of your foot into the slight depression made by a deer trail.

There are ridges of course, and there are rivers. This brings us to the next point

The water is down there 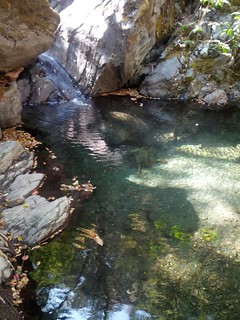 As you drive through the forest, you will see almost no water. The lakes and such that exist have campgrounds around them, so are no fun for backpacking. So why so little water? Southern Mendocino is nearly desert in many areas. So here it's not so surprising. If you are good at finding water you'll find small trickles and such in streams occasionally even in the dry season. There *is* water here. In Northern Mendicono there's a lot of water, you can see it by the trees that grow there. What took me a while to figure out is where the water was.

I'm a little dense sometimes, but eventually I realized that I couldn't find the water near a road because the water is all at the bottom of steep walled canyons. The roads don't go into these canyons and instead skirt the edges up much higher. In the northern part of Mendocino there's actually quite a bit of water around for pretty much the entire year! You know how I mentioned the soil being sandy? Well, this means the water runs through it quickly and carves it away quickly. This is likely the cause of the extremely steep slopes. As a bonus though, it means there are beautiful waterfalls in virtually every stream. 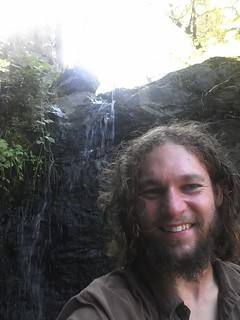 The brush gets very dense

It's hard to get a picture conveying dense brush, but here's an attempt. Here's Jess in a very open area, in a drainage. 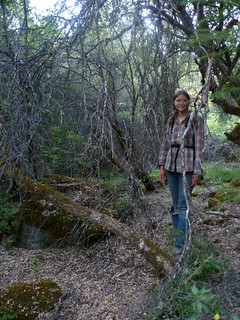 When I say very dense I mean that it gets dense enough that two fit people used to bushwhacking took about 2 hours to go 1/4 mile and came out completely and utterly exhausted and somewhat bloody. We're talking walking 4 feet off the ground on top of brush and pushing it over in front of you because it's *slightly* to close together to walk though, but still has trunks barely smaller than my wrist. If it's slightly farther apart the trunks are large enough they can't be pushed over and you're reduced to belly crawling on your side between them, dragging your backpack behind you. These are the worst where it's dry.

In the north there's more water, so there are more often comparitively open forests rather than dense manzanita. The tradeoff is that there seem to be steeper hills. In general the going isn't too bad as far as brush if you are under dense tree cover, but often those areas are extremely steep. Also, at some point you need to get to water, which probably means sliding down slope, or you may need to traverse a southern slope to get to the next ridge. Be careful and make sure you have the skills or equipment necessary to get back out of the valley if you go down. I've walked for 3 hours downriver without seeing an easy escape route.

In the south about halfway up northern slopes there are often open fields. These are the best campsites as it's dry and open and there's water access (down a very steep hill). Besides this any upland area, south-facing or tops of hills, are nearly impassable. Because of this Jess and I prefer to travel via the drainages where you'll need some bouldering skill, but it's generally passable at least. 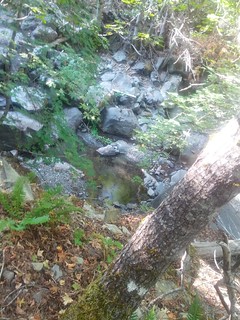 I promise that I'm not trying to keep the forest to myself. It is gorgious. If you want to challenge yourself with some really awesome bushwhacking, and go somewhere where you will not see any other people at all, Mendocino is absolutely amazing. Every time I go I get to see wildlife. The northern end where it's a long drive to get into there are a lot more game species and they are a lot less flighty so you get to see deer and the like. 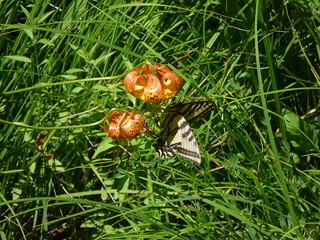 One awesome bonus is that it's a National Forest, NOT a park, and much of it is not useful for logging. This means you can go out there and do things like build shelters without breaking any rules, as long as you use already downed wood and don't remove any from the Forest without a permit, something like a survival shelter is pretty legit, and of course Hunting and trapping is fine. So if you're looking for a place to bushcraft, and you're up for a bit of a challenge, I highly recommend it.

I believe previously we stated that it didn't rain in the summer. This is false. I was rained on twice in August. Rain is rare, and it'll pass fairly quickly, but it DOES rain on rare occasions, and when it does the temperature drops. Just be aware.

I tend to take pictures of water, so these are not very representative. I lack good photos of a lot of the really brushy/deserty areas (most of the park), sorry about that. Still, these are something. 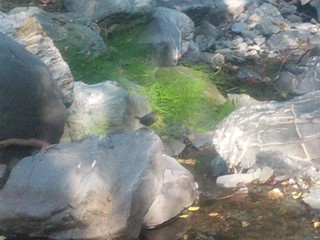 These little birds will flit down the stream over and over again in front of you. 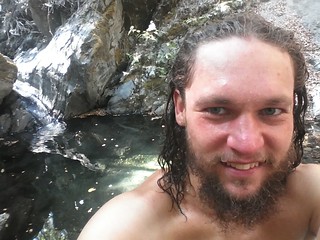 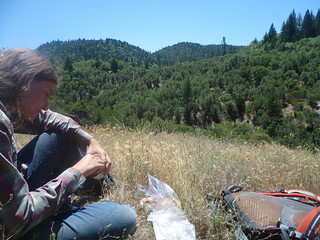 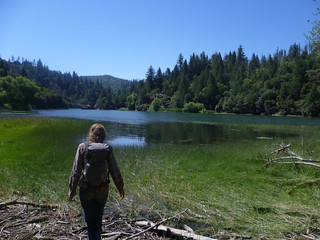 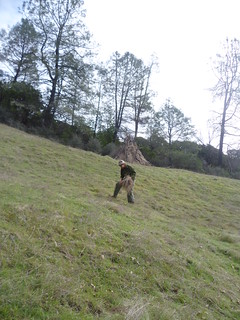 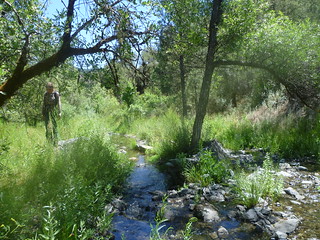