Today I went to Flagpole Knob near where I live. And a couple of weeks ago I went down to Big Boys Playground with a couple of friends and we messed around there.

I actually got up this. This isn't part of the main trail, just something on the side of the trail that's fun to play on. 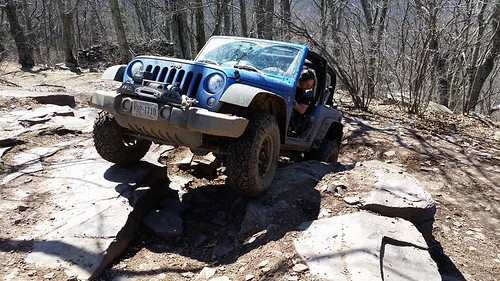 We had a good time. 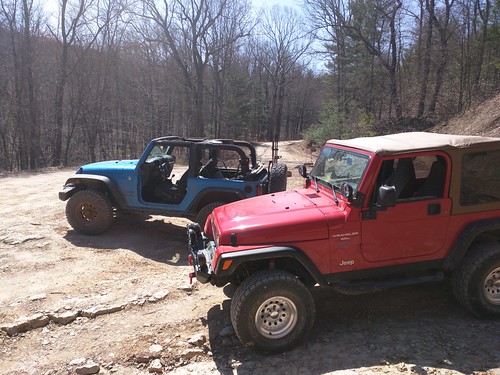 I was messing around with going door-less for the first time. It's a pretty interesting sensation. Humans perceive inside spaces as much larger than outside spaces. Removing the doors turned my Jeep into an outside space, and suddenly it felt 2 feet narrower... crazy. 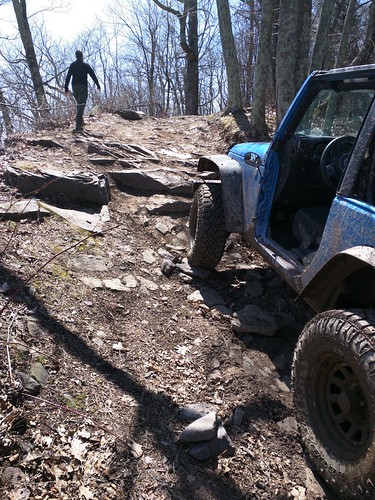 Most of the trail was pretty easy, The photo above was one of the harder spots.

Big boys playground has some good mud holes. The folks I went with had a pure trail-toy, an old toyota with a huge lift on it, so we had a lot of fun with that in the mud. I actually went through the spot he's in though as well and didn't get stuck. 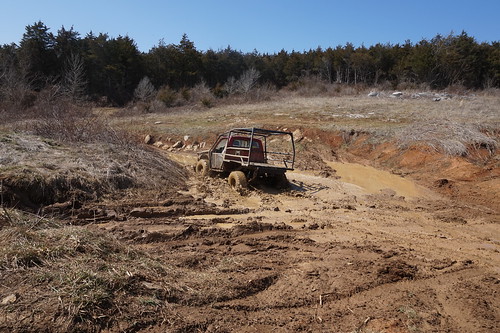 Here's their YJ going through that same hole 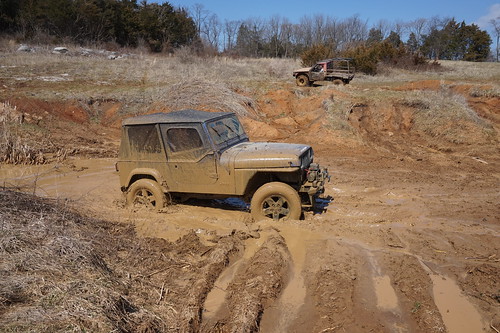 And here's the YJ after we pulled it out, it ALMOST made it, but not quite 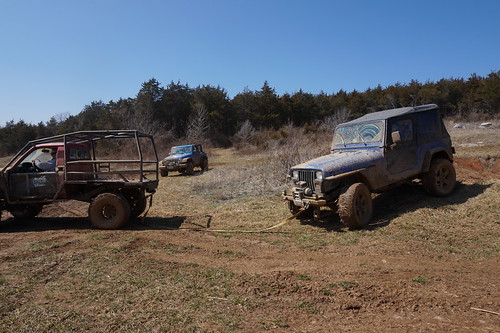 My Jeep is in the background there. I actually winched the Toyota once as well, after they'd been playing in a deep spot. Though, the Toyota made it through another mud hole where it was clear up to the body. It's got an old 22R in it, something like 90 horsepower. He had it floored the whole way through the mudhole.

We tried the heck out of this spot, but with the mud on the rocks, there was just no way it was going to happen without some big tires and lockers. 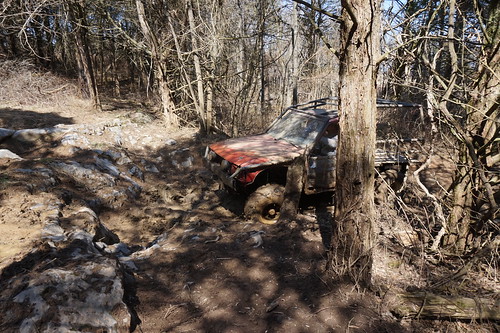 This is a slightly different spot 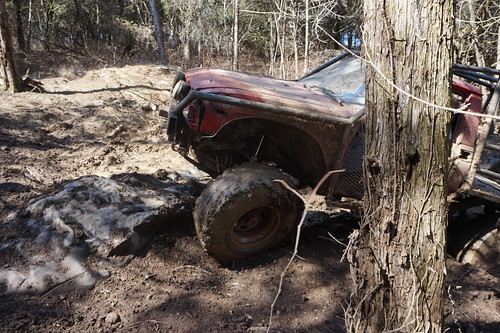 Knock on wood, I haven't broken anything on my Jeep while wheeling yet. On Jane I once backed in to fallen tree which slide between the exhaust system and it's mounts, and I screwed several of the mounts. The exhaust is actually still tied on with para-cord - my hack at the time has held on this long. Jess knows about it.

Anyway, besides that *to date* I've avoided destroying anything (the dent in my front bumper doesn't count). It's part luck for sure. I'm also pretty careful despite occasionally trying some harder things.

Note, BTW, that the places I'm going here are frequented by vehicles. The first is a National Forest trail that's designated for this sort of use, and excepting just a couple of spots where people stop to play around on rocks or in a muddy spot, it's a strict trail that we didn't stray from. The second place is an offroad park. It's basically an old farm that someone has put to this use. So... if you're curious, I'm not tearing up random places in the forest, just keeping some nice roads from getting too overgrown to use :P.