Sorry it's been so long since a post. It turns out that there's no cell signal around highway 108 and 120 in the Sierra where I've been hanging out.

I've been tanning, building a bow, learning to flyfish, eating various edible plants, and volunteering with Search and Rescue. I've now scheduled quite a bit of my summer out to do things like get a hunting license and get some more rescue certifications. Lots of things probably deserve their own posts, and the projects I've been working on mostly aren't complete. As an interesting topic, lets talk about some wild edibles. 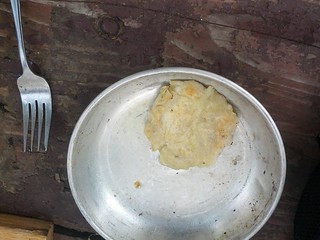 This is basically a sopaipilla. I dug up a cattail plant. I took the root and the root comes into two sections. One section is hard and will cook up like a potatoe, this I just ate straight after boiling a bit. The other section will cook into a gooy mess when boiled. 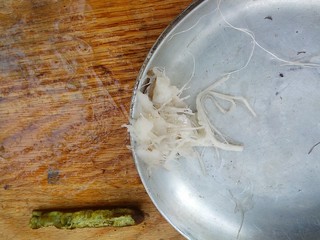 The part that's gooy I scraped to try and leave most of the fibers behind. Then I took my mass of what is essentially just straight carbs, and rolled it in a little conventional flour to dry it out. I added a tiny bit of sugar, then I fried it in olive oil. Delicious! Cattail sopaipilla This cattail happened to be in the early stages of flowering. So I also ate the flower head. 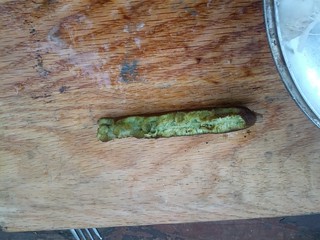 You eat it a lot like corn on the cob. I think I caught it just a little late, so it was a little fibrous, but definitely edible. Another one I tried to pull up didn't come up with the root, since I'd already damaged the plant I took it apart. It hadn't shot up it's flower stalk yet. In these cases a couple feet of the partially grown flower stalk at the center of the plant near it's base is super delicious and sweet, so I stripped off leaves 'til I got to that tasty part and ate it raw. Another interesting thing to eat is thistle. I've not had much success in the past, but I was out on a run and I saw an unusually large thistle, and it just seemed worth trying. I cut down the thistle and stripped off the thorns with my knife and this was the result. 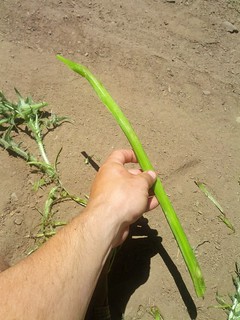 As it turns out it's like a giant stalk of extra flavourful celery. Quite tasty though tastes like a lot of it is water. I would definitely do this again. Note that whenever gathering wild edibles I always check carefully to make sure the plant is plentiful, or that my disturbance will help and not hinder it's growth. Depending on the plant I often like to find one of the larger clumps of it and pick from there. If the plant is the sort where such will help sometimes I'll prune it a bit at the same time, taking off dead leaves in a wet environment for example is usually helpful (in a dry environment you may be removing the plant's sun protection). This is kindof a spiritual thing, but I also like to ask the plant, and I always always thank the plant.