We wanted curtains, so Angie took on the project. We went down to goodwill and found some cheap material there (~$10 total), next we went to the hardware store to look for velcro, but we saw magnets while we were there and got excited. 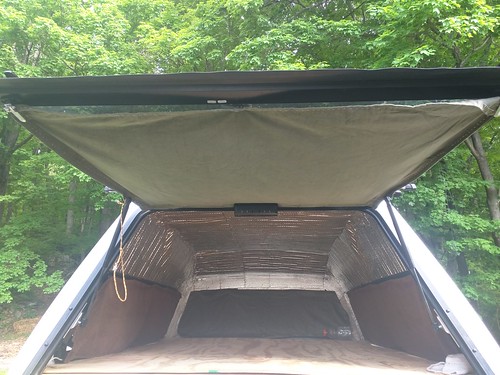 The first attempt was to buy magnetic strips and magnets, well it turns out that magnetic strips are magnetized that way, they are not north on one side and south on the other, rather they are magnetized in small chunks changing direction every few millimeters, this means they stick to ferrous materials, but not to magnets, oops! So we took them back and picked up some sheet steel.

Angie cut these to shape using tin snips, rounded the edges using a file, and epoxied them in place (I helped her a bit as she hadn't used any of these tools/materials before). She cut out and hemmed the curtains and sewed the magnets on (which have a hole in the middle). 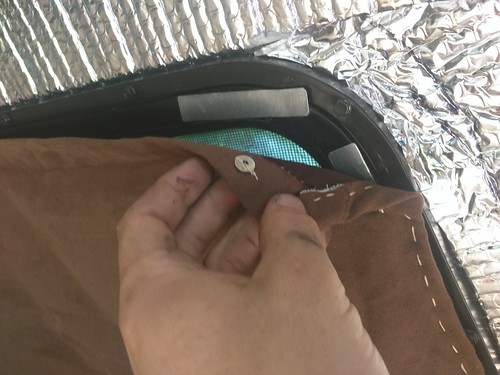 Note the curtain hanging from the rear window. Most of them are glued to the frames, but the metal strips for the rear curtain are actually glued to the window itself, this way we can open and close it. It did require some extra magnets to get a solid enough attachment, but it works great and we can actually get in and out now without pulling the curtain down and putting it up again.

The material we found is very opaque to light, so we can stealth and know we won't bother anyone else with lights shining out from the truck. Hooray!