Some time in 2016 I started working on my no plastic backpacking kit: http://www.blog.smalladventures.net/2017/03/less-plastic-backpacking-trip.html 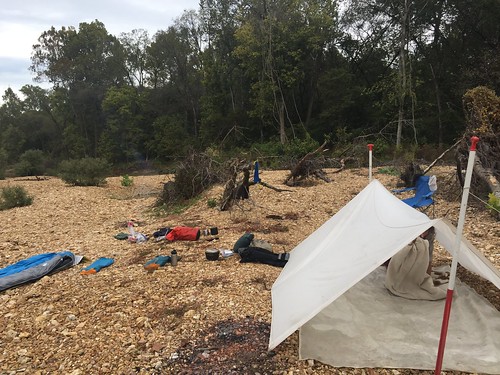 I started backpacking when I was a kid, and got in to ultralight backpacking around when I graduated from highschool in 2002. Through college I built up my ultraight kit. My college graduation gift from my parents was an ultralight ULA pack http://www.blog.smalladventures.net/2010/02/gear-review-ula-circuit.html (to this day one of the most read articles on this blog).

Anyway, around 2009 I hiked the AT with a base weight of ~14 lbs. Though not strictly ultralight (variously defined as <12 or <10 lbs base weight), I was getting in to that ballpark, particularly as I was carrying gear sufficient for comfortable edge-seasons, and below 0 survival temps. 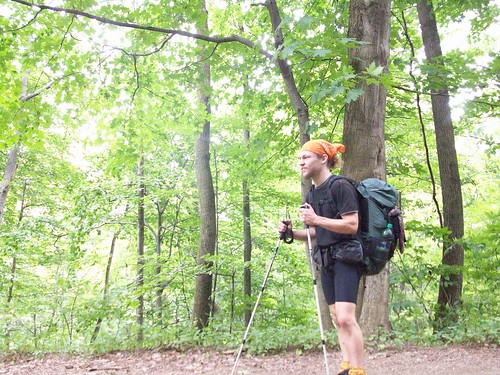 All of that was fine and dandy, but at some point, making my gear lighter just involved spending more money, and it got boring. On a thru-hike you're rarely carrying over 4 days food (~4-8 lbs), and as I got better at managing water consumption, 1 liter of water ~2 lbs. That means ~14 lbs, you have a total *max* weight of 24 lbs, and an average weight of ~18 or so... really, at that point my pack just doesn't bug me.

At the same time I got more and more interested in bushcraft and primitive skills. I started experimenting with more minimal gear, ponchos instead of tarps, building shelters, cooking on fires, finding some portion of my food while I'm out, etc. Those who've been reading for a while know what I'm talking about. Some of my gear wore out, and I looked at replacing it, and it was expensive. I got more and more interested in the history of outdoor pursuits and wanted to try older techniques whether settler, trapper, or native. Also... I discovered that what I loved about being outdoors was the connection with nature, and that the less I carried with me the more of that feeling I got. There is nothing like the feeling of waking up in a shelter you built, walking over to a lake in the cool morning as you shiver out the cold from the night before, and taking a deep drink directly from the lake... It's spiritual and amazing, and I craved more of it.

My now ex girlfriend Jess Mink did a stone-age backpacking trip, where she made all of her gear herself from "wild" things, and all the food had to be wild gathered food as well. While really cool as an effort, it was less comfortable than I wanted... I wasn't interested in going all the way back to dropping metal. That said, on that trip she realized that anything they left in the woods basically wasn't litter. If they forgot a pot, it was just pot shards... stone really. If they left an arrow, just a rock and a stick. If they left clothing, just animal hide or wool. I thought that was cool. 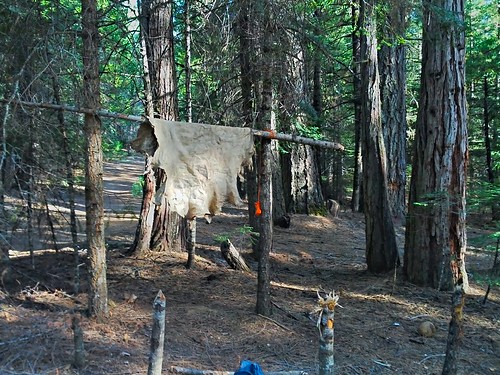 Anyway, eventually I decided I needed an interesting goal to chase, to drive my experimentation and keep me moving forward in a cohesive direction. I wanted to play with making more of my own gear, carrying fewer items (not less weight). I considered historical recreation, but recreation didn't interest me. I like seeing how people did things, but mostly so I can see how I could do things... I see no reason to drop things we've learned in the meantime for "purity" along these lines. This level also allowed me to use canvas, which allows for pretty comfortable backpacking.

So, eventually I settled on avoiding plastic in my kit. Really, I'm trying to avoid modern materials, or something like that, but "no plastic" is an easy way to summarize it. This gives me something like the "anything I leave behind isn't really liter" property, which is neat. It's just sticks, rocks, plant fibers, animal hide, or maybe a chunk of metal (not that I'd leave anything behind intentionally, particularly a chunk of metal). All things that are approximately naturally occurring, if not quite in that shape. It also pushes me towards making more and more of my gear, which I like. 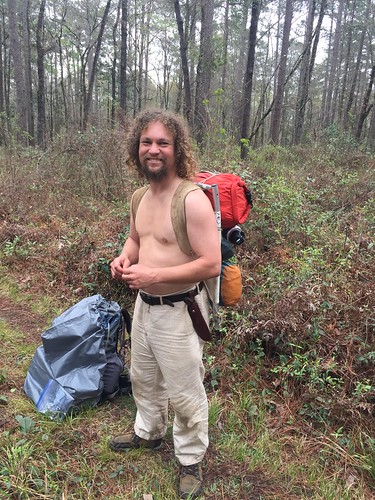 Now... that's why I got started. A little while ago I started thinking about Koche industries, and all of the horrible things they do to the environment. Many people hate the Koche brothers due to politics (they support republicans generally), but lets set that aside for this discussion. If you read this blog, I'm sure you like the outdoors. Whatever your political affiliation, You like to drink water and breathe air.  If you like the outdoors, clean rivers you can drink from being a prime example, the Koche brothers are not your friends. If you're thinking "I filter my water anyway"... well, firstly, why should you have to? And secondly, most filters are designed for biologicals, and don't filter out things like heavy metals or dioxins.

The Koche brothers use their money to oppose keeping rivers clean, pushing for lowering standards on things like how much mercury is allowed in rivers (which is now well over what is known to be healthy by the way, as of the Bush administration). Fundamentally Koche industries is a chemical company, and not poisoning rivers costs them money... but I want clean rivers, so our goals are at odds. You can call it politics, but this isn't about right/left-wing, this is about loving our outdoor places.

Now, look up some products made by Koche. https://www.dailykos.com/story/2014/4/1/1288957/-Sign-the-pledge-Don-t-buy-these-Koch-products
Lycra, Coolmax, Cordura, and Dacron are all manufactured by Koche. In practice it is very difficult to buy commercial products made with synthetics and NOT support the Koche brother's efforts to lower clean water standards. In fact, just today I learned that Darn Tough socks have lycra in them.

As a result I've added an additional reason for my project. I want to stop buying these products, and to prove that I can backpack comfortably without these products... because I'm tired of supporting lowering clean water standards. For this reason I've been slowly extending my project to other aspects of my life, trying to avoid Koche products in particular, but plastics in general across the board more and more, in an attempt to stop giving my money to folks who use it to ruin the very places I'm backpacking to be in.